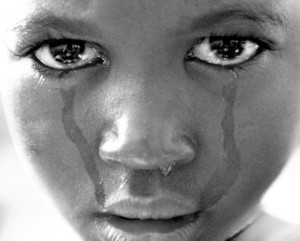 adolescent girls in the world is a sex victim Above three-fourth of the girls under the age of 20 in India are victims of sexual exploitation, reveals an UN Children’s fund (UNICEF) report. The scenario across the globe is not good either as one in 10 adolescent girls across the world is subject to forced sexual intercourse or sex act. 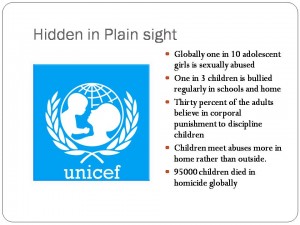 The UNICEF report finds have the infuriating statistics just to represent that the society has failed to ensure its children their right to have a safe and protected childhood. 120 million girls i.e. one in ten is reported to have experienced forced sex at any point of their life. In India the ratio is as high as one victim in 3. 84 million, one in three ever-married adolescent girls aged between 15 and 19 is subject to physical, emotional and sexual torture by their spouse or partner. Adolescent boys too experience sexual violence. In America 20 percent of boys between 14 and 17 reported to have been sex victims as the cases in girls of the same group amounts to 35 percent. One quarter of girls in India aged 15 to 19, as reported, have suffered some form of violence since 15.
The report titled ‘Hidden in Plain sight’ also discloses that one in every 3 children is regularly beaten by their parents and teachers accepted as a norm to discipline the children. Thirty percent adolescent worldwide go with the belief that corporal punishment is a method to bring up children well. Surprisingly 50 percent of the ever-married adolescent girls don’t see any wrong in their spouse or partner beating them rather they resort to circumstantial justification of such acts. The proportion is high at 80 percent in Afghanistan, Jordan Guinea Mali and Timer-Lest. Seven out of 10 girls in 15-19 of sexual or physical victims in reported 30 countries never sought help many don’t think it as an abuse.
In sexual abuses against the ever-married adolescent girls their husbands or partners are found to be the perpetrators in most instances. The children are chastised most by their mothers or step mothers. The report exposes the children meet violence more in homes rather than on streets or outside and more in peace time than in war times.
Among the homicide victims in the world children and adolescent amounts to 95000, a share of 20percent.

See also  Modi in US/ Modi invites investors to India, says “golden time to partner with India in the journey of its growth.”