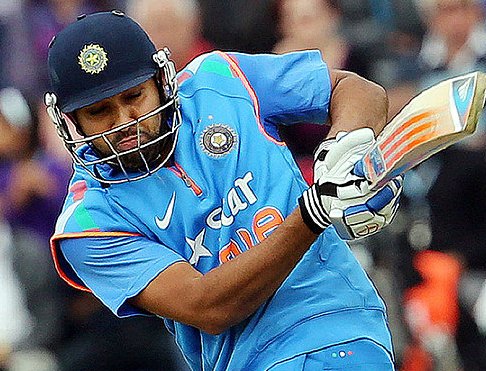 Opening has been a concern for the Indian team for the last few matches. And it remained to be so at the end of the team’s first one day encounter against Australia in the ongoing tri-series that have England as the third outfit.

At the Melbourne Cricket Ground (MCG) Indian opening pair gave in in the very first over as Sikhar Dhawan was seen retreating toward pavilion in the second ball of the match. However his partner Rohit Sharma at the other end played all through till the last over. Rohit’s was an innings of marvel. He scored 138 with all the elegance to cement his berth for the opening.

In fact Rohit since he reinvented himself in the domestic series in 2013 against Australia has been a formidable contender for the opening. His magical 264 against Srilanka is his strongest backing. Then he is making towers of run at a phenomenal speed. His batting average in the last 10 matches is 72.66 with 2 centuries and 3 fifties. This is the brighter aspect of his statistics. But consistency is not there with Rohit to support him. His performance away home is simply not impressive. That leaves the opening post open for bidding. But with the 138 at MCG, Rohit staked a stronger claim for that. In the post match press conference Dhoni has approved Rohit’s performance.

It is Sikhar Dhawan whose, performance is under scanner now. Sikhar presently is missing his touch though he has some score under his belt including that ton against srilanka. He has a miserable performance in the test innings. Yet he is preferred ahead of in-form Murli Vijay by the selectors. It is said that Captain Dhoni and Coach Fletcher had different ideas for the opening slot. The Delhi dasher has been chanced upon with a hope that he would get his knick back by the time India take the field in its campaign to defend the title. But in the match in MCG he has failed. He is in the trouble of form but his desperation to come out pushes him to more trouble.

Ajinkya is the available option to open, but he too doesn’t have a solid claim. Dhoni is no more in any experiment mood. He wants his combination is settled before the big days ahead.