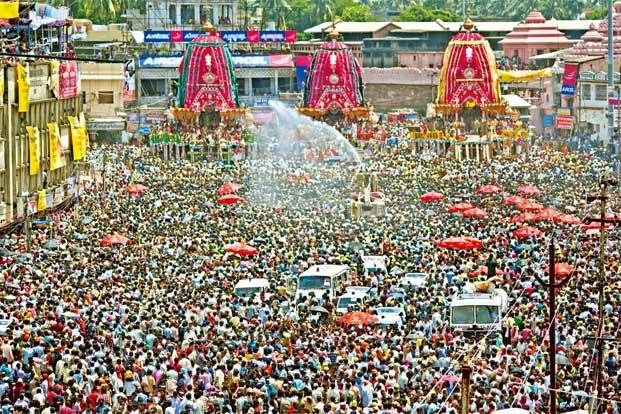 A Security formation of nine thousand police forces will be in place for the Nabakalebara Rath Yatra that is expected to have congregation of around four million devotees on July 18. There will be well equipped surveillance system for the cause. Three interceptor boats will be engaged in the Puri coast too.

An ultra modern police control room, surveillance with CCTV camera and watch towers is already in operation. X-ray machines and baggage scanners will be used to check the baggage of the tourists.

Twenty large LED TV screen have been installed in different locations to provide details on the timing of rituals and traffic arrangements. Booklets on route arrangements will be distributed besides radio, television and other media will be used for the cause.

On Monday the Chief Minister had taken stock of the preparedness of infrastructure set up for the grand event of Nabakaleabra cart festival. He was on the table for the review two days after he had a spree of inaugurations of projects in Puri.

Health and sanitation amenities will be on the top of the priority list is what should be construed on the basis of the official reveal after the meeting. “There would be thirty first-aid centers and same numbers of ambulances to provide service on the grand road during the festival.” said development commissioner U.N Behera.