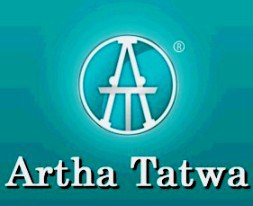 The Central Bureau of Investigation (CBI) on Thursday has filed charge sheet against the Artha Tatw(AT in the multi crore chit fund case placing 16 persons and seven companies in its list of accused.
Suspended BJD MLA Pravat Tripathy,former Advocate General Ashok Mohanty and AT Group owner Pradeep Sethy are among the 16 persons found place in the CBI charge sheet.
In the list of 7 accused companies 4 are the sister concerns of AT group, the major player in the multi crore chit fund scam. Besides Orison Pvt Properties, Kamyab TV Pvt Ltd and the Tilakraj Publications Private Ltd are the rest three to complete the list.
The premier investigating agency is claimed to have evidence that AT group has duped the investors of Rs 200 Crore.
As the CBI source says this is the preliminary charge sheet submitted just three days before the deadline on December 13 for submission of charge sheet. Charge sheets will be supplemented after further investigation.
CBI has slapped charges under several sections of the IPC, including 120 (B), 406, 411, 409, 420, 468, 471 of IPC and sections 4, 5, 6 of the Prize Chit and Money Circulation (Banning) Act, 1978 against the accused.
The Central investigation agency since in the business in September with the Supreme Court direction has filed 44 FIRs against companies involved in the chit fund scam. And influential persons from the field of politics, real estate business, and media have been interrogated and arrested in the course of investigation.
In the Thursday’s charge sheet that happens to be the second one by the CBI I n connection with the ponzy scam has got three persons from media– Bikash Swain, Proprietor of Odia daily ‘Suryaprava’ Manoj Kumar Dash, Kamyab Television owner, Madhusudan Mohanty, Proprietor of Odia newspaper ‘Odisha Bhaskar’.

Pravat Tripathy belongs to politics and Ashok Mohanty is from judiciary who are accused in the chargesheet for their involvement in the crime.

Preeti Bhatia a Mumbai based broker is in the list from glamour world while Ketan Parekh another Mumbai based is a stock broker.