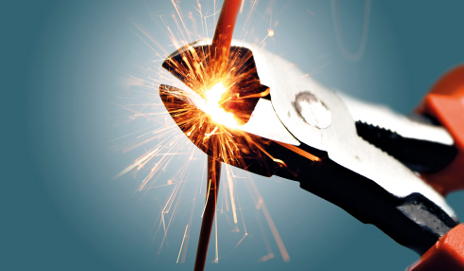 Bad news from the Odisha government, there will be 2 to 3 hours of power shedding every day in the state from now. This much is for urban areas. The rural Odisha will experience more hours of black out. It will be so till June next year said the Power Minister. “We have no choice but to continue power cut.” said Odisha Power Minister Pranab Prakash Das on Saturday and expressed his government’s helplessness. The situation may be “precarious “if there will be no adequate rain in following months.

The Odisha grid is getting 500 to 550MW of power deficit to supply in the peak hours due to drastic drop in hydro power production. Hydro power production has come down to 750 MW against the usual production of 1750 MW in peak hour and 1000 MW during normal hour, stated the Minister. “Scanty rain fall” is the cause of the situation.

The Talcher Thermal Power Station of NTPC that provides 427 MW of power to the state grid has got three of units shut down for maintenance. One unit of NTPC’s Kaniha station is also shot down on the same ground.

According to Mr. Das peak hour power demand at present in the state is touching 4100MW that used to be 4000 MW even in summer.”Normally, the demand peaks in May-June (summer) and touches 4000 MW. But this year, we have crossed that level. Now the peak hour demand is about 4100 MW against the summer peak hour demand of 4,000 MW,” said the power minister.
The opposition parties have reacted strongly against this power cut decision.

“Government is responsible for this situation” said Odisha Pradesh Congress Committee chief Prasad Harichandan as he added that the hollowness in the Naveen Government’s MOU signing drive has been exposed. The OPCC President said “Of the 30 MOUs signed in the power sector only three are working.”

BJP leader Rudra Narayan Pani said, “With the announcement it has been proved that the government is incapable of managing the resources of the state. This is one of the so many other failures of the Naveen government.”