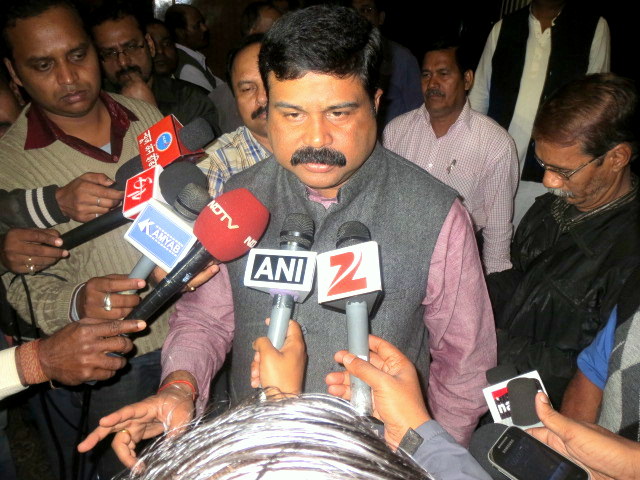 Odisha would make immense fiscal gain in the coming years by virtue of some innovative formulas set by the central government. The Odisha state exchequer will become richer by some 2 lac crore of Rupees from the coal block auction besides the state will receive an investment of 1 to 1.5 lac crores of Rupees in the petroleum sector.

Union Minister for Petroleum and Natural Gas, Dharmendra Pradhan has made such assertions during a media interaction on Saturday. He said, “Odisha will get another 1.5 to 2 lac crore of Rupees over and above royalty in the next 15-20 years from the process of coal block allocations based on a formula of 100 percent profit sharing.”

He said that LPG consumer base in the state would be lifted to be par with the national average by 2016. He rued at the fact that the LPG consumer count in the state stands at 25 lacs that is just 25 percent well below the national average. To augment the process of attracting new consumers he said, “His ministry is going to launch a scheme that will make a BPL enrolled beneficiary avail of a LPG connection at a subsidized rate in the next three months starting from January 25.” He also added that there would not be a single block left in Odisha without having a LPG distribution point.

The Union Minister, flanked by party media in charge Samir Mohanty and Sajjan Sharma in the press meet criticized the state government’s recent decision of hiking VAT on petrol and diesel by 3 percent. He said such method can’t be termed wise from business point of view as more tax always does have an adverse impact on the volume of business. He said “the more the tax the lesser the volume of business, the lesser the business volume the lesser the profit.” He presented the Goa model of taxation on the fossil fuel as an example. In Goa tax on petrol and diesel is the least in the country that attracts consumers from its neighboring states resulting boost in the business. Jharkhand too relies on lower tax regime said the Minister, on petrol and diesel so that the vehicles can be properly fed to run the mineral based activities that is the core of its economy.

On the Talcher fertilizer plant, the minister who is the native of Talcher said that the plant would become operational in two year time as he added that the union government has signed an understanding in this regard.