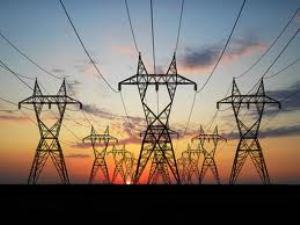 In the next five years, all villages all hamlets in Odisha are aimed to have”24×7 uninterrupted and quality power supply.” The state government has set this vision for the power scenario of the state for 2019 in a review meeting chaired by CM Naveen Pattnaik. By then all the 9.7 million households in the state would have access to power. At present it is 5.36 million.
Odisha energy minister Pranab Prakash Das said, “Our aim is to provide 24×7 quality and uninterrupted power to all villages and hamlets in the state by 2019.” Peak power demand then would be 5,550MW which is 3,900MW at present.

According to the minister’s disclosure as of March this year 43,753 villages i.e. 92 percent of total 47,677 in the state have been electrified while number of hamlets with power cover counts 54,061 out of 82.014 hamlets.

The energy minister said that in the last five years there had been an addition of 3.7 million with the electricity consumers in Odisha through various government schemes like Rajiv Gandhi Grameen Vidyut Karan Yojana, Biju Gram Jyoti Yojana, Biju Saharanchal Vidyutkaran Yojana registering an annual growth of 19.52 percent. It is projected to be 16.27 percent in the coming five years to cover the entire state thereby leaving power demand to grow at the rate of 9.86 percent.

To mark a significant achievement the (Aggregate Technical & Commercial) loss in power supply has been reduced to 38.18 percent and it is aimed to be reduced further to 26 percent as the minister has added.