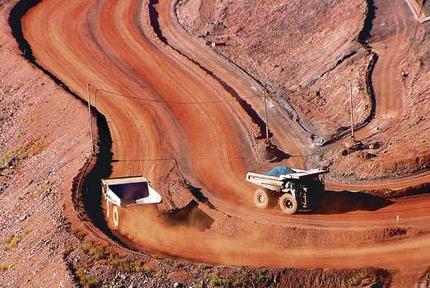 Odisha government on Wednesday issued notification inviting tenders for Ghoradurani-Sarasahi east iron ore block in the district of Sundergarh. Thus auction begins to be the method for allocation of mines in Odisha as per MMDR amendment Act 2014.

The new mining act sanctions auction route for distribution of mineral blocks in the country. It has done away with the lease renewal practice in vogue following massive scale of corruption in the mining sectors were revealed.

The auction process will be on electronic mode. Central PSU MSTC Ltd has been assigned to conduct the e- auction.

The state government has picked two iron ore blocks for auction in the first phase. To begin with the Ghoraduani-Sarasahi iron ore block has been offered for e-auction while central nod for the second one is awaited since it is at the G3 exploration stage. In total, 12 mineral blocks have been made final for auction.

Mining business in Odisha has been in recession for the last two years after reports of massive malpractice in mining operations came up. Operations in 26 iron and manganese ore mines were stopped with a Supreme Court verdict in May last year. This has resulted drop ion iron ore production by nearly 40 percent in 2014-15.

After the new act came in January 2015 with some important reforms, mining business in Odisha is coming back to track. Fifty Six mines have been awarded extension of lease period complying with the new Act. Some Rs1388cr have come to state exchequer through registration fees and stamp duty of these mines.