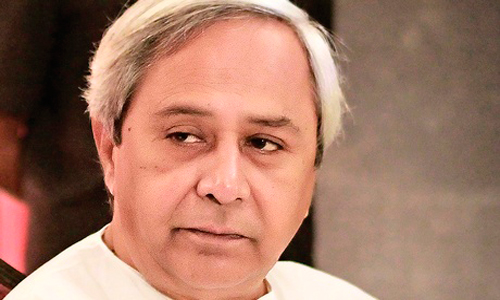 Odisha government on Tuesday cleared proposals of seven mega projects those would fetch investment of Rs41900 cr to the state. The projects will provide direct employment to 5000 youths said Industry Minister Devi Prasad Mishra after the High Level Clearance Authority HLCA under CM Naveen Pattnaik cleared those proposals. Of the seven projects passed four are in power, two are in steel and one in Aluminium.

J Green Power Pvt Limited got its proposal passed for a 423 MW power project based on liquefied Natural Gas on 36 acres of land at Dhamra in Bhadrak.. The Company will invest Rs 3106 Cr in the project and it will have direct employment scope for 90 people.

Mahanadi Power Ltd, a fully MCL owned company had proposed to set up a thermal power plant at Basundhara in Sundergarh District. The Coal fueled power plant will have 2 units of 800 MW bearing an investment of Rs 8000 cr. The project will provide employment to 800 people.

The HLCA also passed the expansion proposal of CESC Ltd’s supercritical units of Neulpoi in Dhenkanal . The company had offered to increase the capacity of its Neulapoi units on 950 acres of land from 1000MW to 1320 MW with an investment of Rs6861.84 Cr in the project. It will absorb 325 people as its employee.

Tata Power Ltd’s Rs 7500 cr power project will now be set up in Begunia in Khordha for which the company got the government’s nod. The 1320 MW plant was to be in Naraj-Marthapur. Four hundred people will get direct employment in the project, says the Industry Minister.

Three other expansion proposals were also passed by the HLCA on Tuesday.

Bhusan Steel and Power Ltd, BSPL had sought government’s approval to expand its Rengali Plant’s production capacity of 2.8 MTPA to 5.5 MTPA. The company will invest Rs 4837.60 cr in the expansion. It got the approval.

Ardent Steel Ltd also got government permission to increase the capacity of iron ore pelletisation plant in Banshpal in Keonjhar district from 0.60 MTPA to 1.80 MTPA. Besides the company will add iron ore beneficiation plant of 3 MTPA and DRI plant of 0.60 MTPA to it with a total investment of Rs 4031.77cr.

HPCA granted Utkal Allumina Interantional to expand its Deraguda project in Rayagada so that the plant’s refining capacity would go up to 1.5MTPA from the current 1MTPA. In addition capacity of its Captive Power Plant will increase to 90MW from 50MW. Company will invest Rs7563 cr in the project.