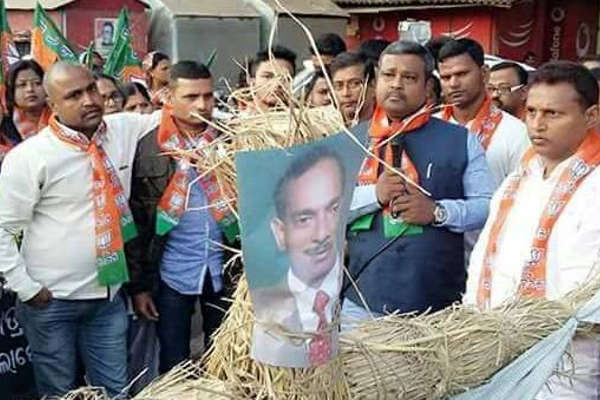 Had it been the case five or six years back there was the least chance that Anant Narayan Jena could have survived Naveen’s axe. Naveen Pattnaik the Odisha Chief Minister used to have a butcher’s reputation when it comes to protect his image that he has been guarding so jealously. Through his 16 years span as the head of the government and the party he has removed 37 from his cabinet whenever he sensed threat to his image from them. But Anant Narayan Jena with allegations of sexual vice and a murder link on his head is still perched on his seat against severe onslaught from his rivals.

In his first tenure Naveen Patnaik had removed 7 ministers in the subsequent two terms it was 15 and 14. BJD big shots like Ramakrusna Pattanaik, A U Singhdeo, Prafulls Ghade and to name a few had to go in his previous three tenures. But as his fourth term is into its second half Atanu Sabyasachi Nayak till date is the only prey to mark a change in the pattern. Mr. Nayak lost his chair in the wake of the SUM Hospital arson in October.

It is not that Naveen Pattnaik has not faced temptation to use his axe during these two and half years. In Nabakalebar fiasco the oppositions presented Arun Sahu for sacrifice similarly they had claimed Food and Supply Minister Sanjay Dasburma’s scalp against chit fund irregularity but Naveen did not comply.

After 17 long years you can’t expect Naveen Pattnaik to respond to situations the same way as he used to do then. By now he has the record of unbroken 17 years stint at the helm of power. Being brought in to the Odisha political arena 17 years ago Naveen Pattnaik now stands unchallenged there. A weak opposition makes him look stronger.

He has become too strong to give in to pressures from outside. More than that, he has acquired that much political power house that he can dip into it for a little to protect his assets. Opposition may call it Naveen’s arrogance, some may call it otherwise that it is his waning control over the party but this is the politics in practice on the field. And Naveen is shaping himself for that. If the opposition really needs prey from Naveen’s herd then it have spend more.

Gone are the days when opposition used to get Naveen present his minister’s head just at a call.