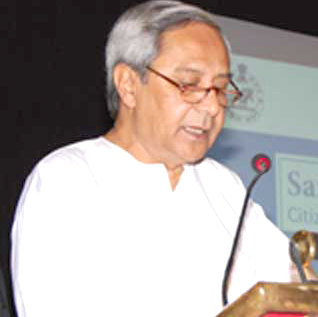 Odisha Chief Minister Naveen Pattnaik has staked the state’s claim for a sizeable share in rail infrastructure plans of the center that has completely bypassed Odisha. He has sought Prime Minister Narendra Modi’s Personal attention in this direction.
In a letter to the Prime Minister the Odisha CM has pointed out that the center appeared to have completely bypassed Odisha while initiating the ambitious rail projects.

He writes, “The government of India has initiated many ambitious projects like dedicated freight corridor aligned with mega industrial hubs, national road expressways and high speed train projects which appeared to have completely bypassed Odisha although some of the country’s largest investment in steel, aluminium and power sectors are coming up here,” the CM has further added that in the year 2013-14 the center had earned Rs 14000 Cr from Odisha yet the rail route length and rail density in the state is far below the national average. A large part of Odisha especially the backward region, is untouched by railways. So he has urged the center to allocate a sizeable amount for Odisha in the rail budget.

For the sustainability of industrial activities in Odisha CM Naveen Pattnaik claims, “it requires a robust and well planned rail infrastructure.”

For the upcoming ports in Odisha coast Mr. Pattnaik has urged the central government to put in place a time- bound infrastructure upgradation arrangement. He writes “a synchronised development plan between those of ports and related rail connectivity is a necessity for maximizing economic gains,”
In the maoist-affected regions, delivering rail services is one of the best means for channelizing development and to provide counter-active -force. He has asked the center to work on the jaypore-Malkanagiri project and on the jaypore- Nabrangpur Projects on priority basis.

See also  India would be an able partner for African nations across the industry value chain : Dharmendra

The CM also has requested the union government to complete the Khordha- Bolangir rail lines.

The state government has committed to provide land in the Dasspalla- Bolangir stretch free of cost and also is committed to share 50 percent of the construction cost.

Naveen Pattnaik in the letter has also referred the required rail service to cater to expected 50 lacs pilgrims that would congregate in Puri on the day during the Naba kalebara ceremony next year.