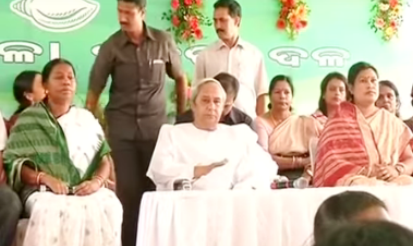 Chief Minister Naveen Pattnaik, on the occasion of Women’s day dedicated a round the clock help-line service in Odisha to assist women in distress. The toll free number reads 181 and it will be operational in all the 30 districts of Odisha.

.Mr. Pattnaik said “The helpline will create help women in taking benefits of various schemes and programmes of the state government for welfare of women,”

A women can register her compliant and seek assistance for police, legal, medical and other services by dialing the toll free number 181.

There is need to create extensive awareness among the women about the programmes and laws drafted to safeguard their interests, said the CM. He described several plans and intention of his government for the upliftment of women through his address in the state level programme organized in Bhubaneswar by the department of Women and Child Welfare.

He said 50 percent of seats have been reserved for women in the panchayat raj system, 50 lakh women have joined the Mission Shakti campaign bringing about a revolution in their social and economic field.

He acknowledged the significance of the role of women in bringing down the infant mortality in Odisha. More than Rs 110000 crore have been provided to over 25 lakh pregnant women under Mamata yojana a maternity benefit scheme, said the Mr. Pattnaik.

See also  As the government readies to form lokayukta the opposition cautions it for a consensus.