It is already three days since the landslide in the Bharatpur coal mine, but the rescue operation is yet to trace all buried lives and assets. Today they managed to excavate two more mutilated bodies to make it count three. At least one more body is feared to be under the dumps.

The MCL- rescue team is engaged in the operation, while a nine-member NDRF squad has joined it, yesterday. But they find it hard to make any substantial progress against heavy rain.

MCL has announced Rs 5 lakh compensation for the dead and job to one in their family.

Union Minister Dharmendra Pradhan, in the wake of the mishap, has communicated with the Coal Ministry and has assured all possible help.

On the other hand, the Talcher unit of BJP has called for mines-shut down in Talcher on five-point safety issues. As a result, operations in all the nine coal mines in Talcher, are stopped. The situation continues to prevail for the second day as the discussion between the district administration and BJP led by Kalandi Samal failed. 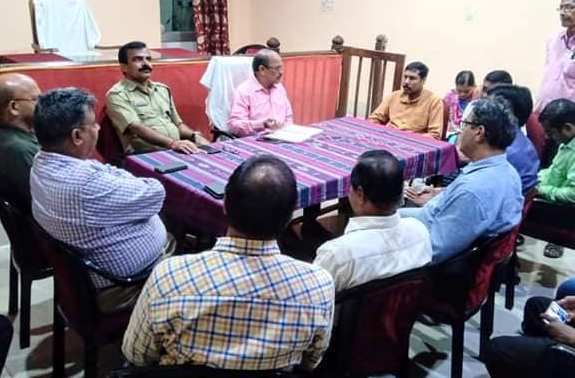 BJP state secretary Kalandi Samal, in his reaction, has held MCL and the district administration responsible for the incident-what he termed as man-made.

He said that workers are made to work in unsafe conditions leading to frequent accidents inside and outside the mines.

“On this particular case”, he said, “workers were working in a hazardous condition under a man-made mount of soil and coal.while the concerned authorities in the MCL, the contractor, and district administration were indifferent to the workers’ safety.”

On Tuesday night huge mass of coal and soil collapsed in a Bharatpur Open Cast Project site while there was work going on leaving several persons injured and some buried.