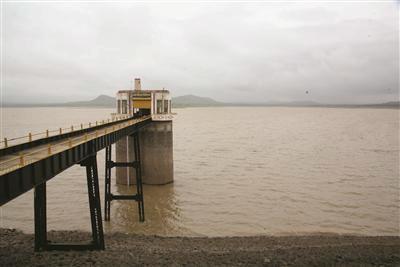 The central government feels it to give negotiation a chance again to resolve the Mahanadi water dispute between Odisha and Chhattisgarh before the case lands on the tribunal platform. The Central water Ministry has constituted a Negotiation Committee for this.

As per a written statement from the Ministry of Water Resources, River development and Ganga Rejuvenation the committee will take stock of the availability and utilization of water in Mahanadi and its tributaries. It will also examine the agreements signed on Mahanadi water sharing. The committee will consider claims of Odisha and Chhattisgarh on availability and utilization of waters in Mahanadi and its tributaries. Claims of Madhya Pradesh, Maharashtra and Jharkhand will also be taken for consideration, mentioned in the statement.

The committee has been constituted with reference to the complaints of Odisha under section3 of the ISRWD Act 1956 regarding utilization of waters of the Mahanadi basin.

The committee will be chaired by Member (WP&P), Central Water Commission and will have 11 other members comprising representatives from the Odisha, Chhattisgarh, Madhya Pradesh, Maharashtra and Jharkhand, Union Ministries of Agriculture, Environment Forest and Climate Change, Water Resources, River Development and Ganga Rejuvenation, India Meteorological Department and Central Water Commission.

Odisha and Chhattisgarh are engaged in a face off over their respective claims on the waters in the Mahanadi rive system.

A secretary level meeting followed by a high level meeting of the heads of the two neighboring states has fetch no solutions to the dispute consequently leading Odisha to approach the central government for tribunal for its right on the Mahanadi waters.

Odisha government in December 2 last year has also moved to the Supreme Court to see the ongoing project works on the Mahanadi upstream are stopped till the issue is resolved.

See also  India will come back strong in the World Cup: Dhoni