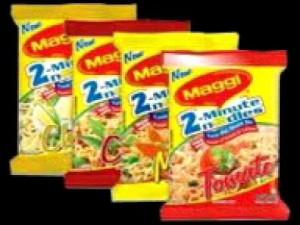 Maggi, faced ban in Odisha also. The state government on Monday has issued a ban edict on its selling after the instant noodle of Nestle failed the MSG test in the State Public Health Laboratory. Violation of the Order may invite jail term up to 7 years and fine to the range of Rs 10 lacs.

“Odisha government has banned all the 9 instant noodles of Maggi as per the Food Security and Standard Act (FSSA)-22” said Odisha health minister Atanu Sabyasachi Nayak. ”the sample was found to have contained MSG. it is injurious to health.”

Following the eruption of the Maggi row in the country Odisha government had gone for the laboratory test of the Maggi before taking any decision on the product. Thirty samples from 14 districts were sent for test to the State Public Health Laboratory and the Laboratory in Pune. Report from the state laboratory has come confirming the presence of MSG while report on lead test from the Pune Laboratory is awaited.
The health minister said that the Maggi Authority had been intimated on the edict. “The company has been asked to remove all the products of Maggi from the market.” He also said, “Government has directed the district collectors to issue order to all the wholesalers and stockiest in this regard.” As he added that food inspectors would go out for inspection and seizure from the next day.

The FSSA sanctions fine of Rs 5lac for selling hazardous food products. There is provision of additional 6 months of jail term in case of selling the product against the government order. The jail term will increase to One year along with the Rs 5lac fine in the case of any health injury to the customer. If the customer dies after consuming the product the seller will be liable to a jail term of 7 years and penalty upto Rs 10 lacs.