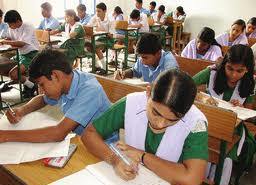 It is again the patch up work by the Government of Odisha as it goes to resolve the issue of 40000 block grant teachers in the state. For a concrete solution, the ministers worked out it to be a claim Rs 700 Cr. A bit too heavy a burden for the government to bear they feel. However the government is prepared to dip into the state exchequer for Rs 170 Cr. It will bring a revised Grant –in – Aid policy to manage the current situation with this much amount. Immediately they will go with Rs 25 Cr for the 438 High Schools those are left out of the block grant scheme. From the coming financial year the renewed block grant policy will be implemented.

A inter ministerial level meeting chaired by finance Minister Pradeep Amat on 24 Sept came up with suggestion that government would bring in a new Grant – in-Aid policy with revisions in the prevailing one of 2013.Though the exact contents of the new policy has not been disclosed sources hints that while formulating the new grant policy different criteria-student strength, performance in HSC examination, job period of the teacher, Age of the teacher would be taken to consider for eligibility. But one of the two teacher’s associations in strike is not convinced. It wants the assurance in black and white.

Block Grant Teacher’s and Employees associations have declined to call off the strike though Odisha Vidyalaya Sikshak Mahasangh has withdrawn the agitation after the assurance came of the meeting.
However the state government on 25 Sept issued notification for providing Grant –in –Aid cover to 438 High schools. The schools would get 40 percent block grant to begin with. More than 4700 teachers are going to receive the benefit from October 1.This would cost the state exchequer Rs 25 Cr.

See also  Curriculum activities in 2209 Block Grant schools resumes from Monday as its teachers back to school after meeting the Odisha CM.

To note, more than 40000 teachers in Odisha were out on the street since Aug 10 leaving 4000 schools locked up. They are demanding full salary on the basis of Grant –in –Aid policy.