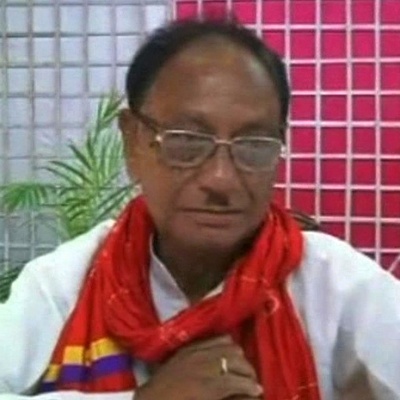 Giridhar Gamang, the veteran congress leader resigned from primary membership the party today citing the party’s indifferent attitude towards him as the reason of his resignation.

“The party had left me alone to stand when and after I voted against the confidence motion sought by Atal Behari Vajpayee in the parliament in 1999.” Said Sri Gamang before the media where he announced about his resignation. His next political course though at present is in the domain of speculations he has made one thing clear that he would not be going back to congress.

Sri Gamang hailing from the tribal community does have a glorious political career of 43 years with a one year stint of Chief Minister of Odisha and 9 successive wins in the parliament elections. He is a gigantic political figure in the south and western Odisha. His quitting from congress obviously has come as a big blow to the party in Odisha at time when the party is struggling to establish its relevancy in state as well as in National politics.

“He (Sri Gamang) as the senior leader of the party had the responsibility to hold the party together” said OPCC President Prasad Harichandan in a hurriedly called press meet after the news broke. The party always had given him all respect said the president as he added that there might be some pressure from elsewhere on him for his resignation.

Gamang’s resignation has stimulated the political atmosphere in the capital. Both BJD and BJP have shown their eagerness to get the tribal leader in their fold. While BJD minister Pratap Dev said that Gamang would be welcome in his party BJP state spokesman Suresh Pujari said that if Gamang offered to join BJP that would be heartily considered.

Though Giridhari Gamang is yet to come up with any clear tip on his next political course his son Sisir Gamang was heard saying in an electronic media that they would prefer to go to a national party.