BHUBANESWAR: From next year onwards a student will get a free- bicycle in the penultimate year of his/her schooling as the Odisha government has taken a decision in this regard.

From the finance year of 2015-16.the state government’s free cycle scheme will cover students of government-run and government-aided schools in class-IX itself. The mass education directorate has been directed to produce the number of students in class-IX and class-X within a week.
Government is to provide free cycle to an estimated 5, 48,000 students for this year that will claim Rs140 Cr from the government exchequer. 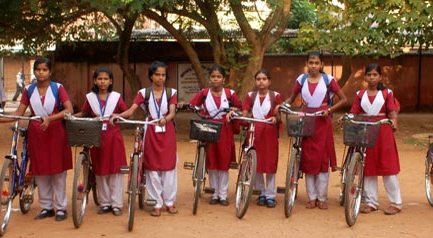 Odisha government had launched the free cycle scheme in 2011 with girl students of class-X as an initiative to increase their scholastic participation. Subsequently the scheme cover extended to boys from BPL section in 2013 and the BPL tag was removed as a qualification from the beneficiary this year.