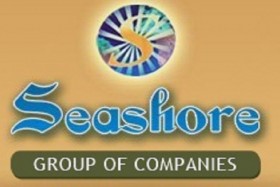 The Enforcement Department (ED), Bhubaneswar, on Wednesday has seized Rs 158 Cr of property of Seashore group of companies for its alleged act of money laundering through its Chit Fund operations.

The property both moveable and immovable seized among many include 100 Acres of land in Angul, Bhadrak, Khurda, and Puri, 10 flats and plush house in the outskirt of Bhubaneswar, a rice mill in Sundergarh and an oil mill in Mayurbhanj,200 Kg of silver coin and 1.4 kg of gold coin.

The Bhubaneswar branch of ED has issued an order as it seized the property of Seashore under Prevention of Money Laundering Act (PMLA) 2002. However the Economic Offence Wing (EOW) of the Odisha crime branch had already seized this property last year under another state Act Protection of Interest of Depositors Act brought in 2011 in the wake of the revealed ponzy scam.
After taking cognizance of the complaints filed by Odisha Police and Vigillance department the ED had filed a case against Seashore with charges of monetary offences and got into probe operations last year. It seized the huge property of the company today on the basis, as the agency claims that the Odisha based company was engaged in financial business in violation of the laws prescribed under Prevention of Money Laundering Act under the aegis of cooperative societies. The cooperative societies have fudged KYC.

Odisha Police had arrested Prasanta Das, head of the seashore group of companies, last year during its investigation into multi crore monetary crimes in the state. Presently Das is in CBI remand countering interrogations of the central agency.
Seashore is termed to be the biggest name among the 44 companies those the CBI has put under its scanner in connection with the multi crore chit fund scam. As estimated the company is alleged to have taken away some Rs 800 Cr duping investors all across Odisha and its neighboring states.

Established in 2005 the Seashore was found ventured into diverse fields of business of Finance, real estate, gold, and agro-industries and many others to record a giant growth in a short span of time. The company even had managed to crack deal wi