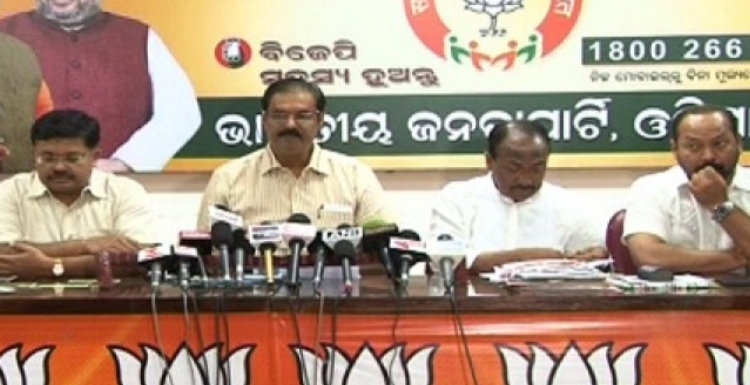 Come October, all the three Major political parties in Odisha will be seen out on the road for their respective political show off.

BJP on Monday announced its plan to stage satyagraha on October 2 to be the latest entry in the contest. BJD has already chalked out its fixture and plan of the Padyatra or foot march an event that it observes annually for the last few years on Gandhi Jayanti. Congress too had scheduled its programme for October 2; the date is undergoing some revision now but the party will certainly like to cash on the Rahul’s recent Odisha visit before it fades.

Both Congress and BJP will get to the public mind to paint an incompetent and insensitive image of Naveen’s government there. They are taking up the issues like prevailing drought like situation, Farmer suicide, the power crisis in the state for the purpose. The of late child-deaths, law and order situation are also potential source of mud that both the opposition will like to dig out to attack the ruling party with.

On Monday Sameer Mohanty the BJP spokesman of Odisha unit said that his party would observe satyagraha in all 147 assembly constituencies in Odisha, and will expose the BJD government. They will at the same time highlight the achievement of NDA government in the center. Mr. Mohanty said the party members will open before the people Odisha how BJD has failed to keep its electoral promises on employment, irrigation and others.

BJD tags BJP’s October 2 programme as an act out of party’s frustration in Odisha. Congress is doing all these just to save its position in Odisha views BJD spokesman Samir Ranhjan Das. “And these programmes of the opposition will have no impact on BJD.”

Party workers would reach out to the people of Odisha with the message what developmental initiatives their party had taken recently and how they are carrying on development initiatives despite fund cut and closure of schemes by the center, said party spokesman Pratap Jena.