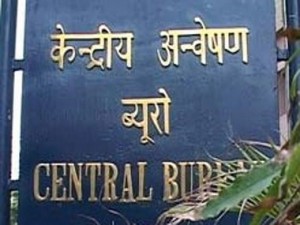 Two senior officers of Indian Police Service (IPS), on Sunday were found in the CBI closet in Bhubaneswar. Of course it is in connection with the chit fund scam in Odisha.

In the morning Deputy Inspector General (DIG) Rajesh Kumar had to spend more than three hours in the grill of CBI sleuths while Superintendent of Police (SP) Satish Gajbhiye was found at the CBI office gate in the afternoon. He met with two and half hour of interrogation. Satish Gajbhiye at present is the police superintendent of Kendrapara and Rajesh Kumar is the DIG of North Central Range.

The central investigating cops got both the names of the IPS officers from the diaries they had seized in a raid operation on Subhankar Nayak’s house in Bhubaneswar on 18 November and subsequently arrested him on chit fund link charges. Nayak is now undergoing interrogation in the CBI remand.

Gajbhiye after the interrogation has admitted that he knew Subhankar but declined having any monetary transaction with Nayak. He however refused to disclose any thing on the CBI quiz he faced when media asked him about it. “I knew Nayak since 2008. He introduced himself as a journalist. In public life, one keeps meeting all kinds of people and he was one of the many people I knew. However, I had no special relationship with him,” Gajbhiye later told the media. Earlier Rajesh Kumar too had parried such questions from the media persons.

Subhankar Nayak, as the seized documents indicate, used to fix deals with politicians, Bureaucrats and police officers on behalf of Seashore. The names are likely to come up as the probe progresses.

The latest development shows the horrifying ramifications of the chit fund network in Odisha. It seems powerful persons from the field of politics; Media, business, judiciary, police and bureaucracy have coalesced to execute a massive plunder in the state.