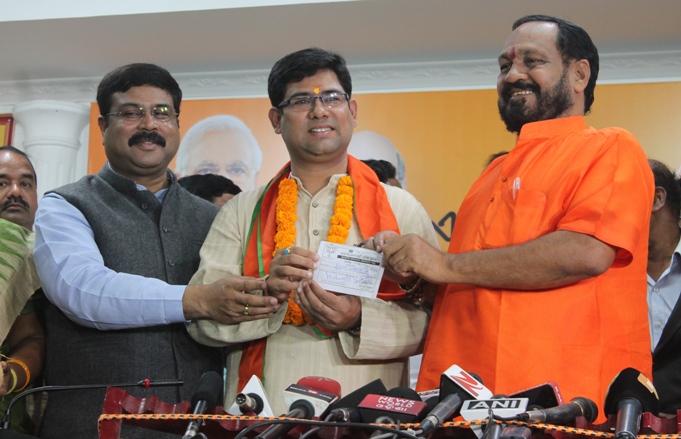 Sidharth Sekhar Singh, the BJD legislator from Khandapada during 2009-14 joined BJP on Friday along with hundreds of his supporters. Among those who came under the BJP flag in the party office in Bhubaneswar were former Sarpanch, former councilor, former village heads and BJD activists from Khandapada assembly area.

Union Minister Dharmendra Pradhan said, with the inclusion of young political talent like Sidharth Sekhar BJP’s strength in the coastal belt of Odisha will increase. Sidharth Sekhar will be a big force to carry the message of Modi government down to the grassroots.

Odisha BJP President Basant Panda after accepting Sidharth Sekhar as the primary member of the party said his party will prove its strength in the coming electoral battles that will begin with the local body elections next year.

Sidharth Sekhar Singh, the scion of Khandapada royal family has a strong political lineage. He had won the Khandpada assembly segment in 2009for BJD but was denied ticket subsequent election. He resigned from BJD on January 3.

After joining BJP Sidharth said that he would give his best to strengthen BJP in Khandapada.