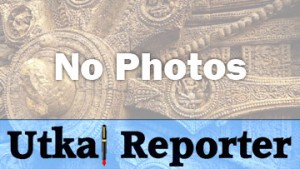 BERHAMPUR : A 45-year-old woman was found dead in her rented house at Gate Bazaar under Berhampur Town police limits late on Thursday. Police recovered body of Sobharani Patra, wife of Tapan Padhy, and sent it for postmortem on Friday.

Since the body bore no injury mark, police suspected she might have been smothered to death. A scientific team and dog squad have been pressed into service. The cause of death will be known after postmortem, police said. It was the third incident of a woman being targeted in a month here.

Padhy, who runs a computer centre, detected the body after returning home at 10.30 pm. “The room was ransacked while the body was lying naked. I immediately informed the police,” said Padhy.

Except her mobile phone, miscreants did not take any other item from the house, police said.

“We are investigating from all angles,” said SP (Berhampur) Anirudh Kumar Singh.

On August 7, Sabitri Moharana, 77, was found killed at Ram Nagar here. She was hit on her head, police said. On July 24, Swarnalata Rath, 55, was stabbed to death in the same locality.

Miscreants killed the women to loot their ornaments. Accused in both the cases have been arrested and the looted ornaments recovered, police said.

“Murder of the three women in a month is merely a coincidence. It doesn’t mean miscreants are targeting women. The earlier crimes were not committed in an organized manner,” said a senior police officer.