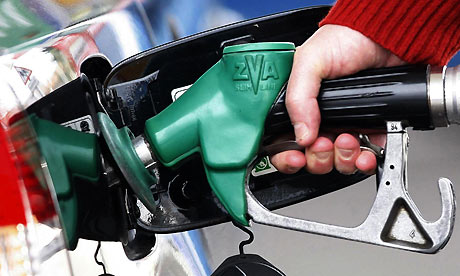 Petrol price in the retail market has dropped by Rs2.42 from this midnight at the same time diesel also has become cheaper by Rs2.25. this is the 10th continuous downward revision in petrol price since August and sixth in the diesel price.

The cumulative fall in petrol price in the last six months reads Rs 17.11 and it is Rs 12.96 for diesel in the last three months. With the fall petrol in Delhi is available at Rs58.61a liter and diesel at Rs 46.31. The jet fuel registered big reduction of 11 percent in its price. At Rs 46.51 it is now near equal to the price of diesel and is cheaper than petrol.

Oil marketing companies have revised the fuel price in the fortnightly review, a practice in vogue since 2013 to adjust it in domestic market with the crude oil price in the global market. Petrol has been left under market regulation since 2010 and diesel since 2014. Crude oil price of Indian Basket is hovering at 46 USD per barrel for the last two months. On 30 January it was 46.73 USD.

See also  How has India responded to Coronavirus outbreak?