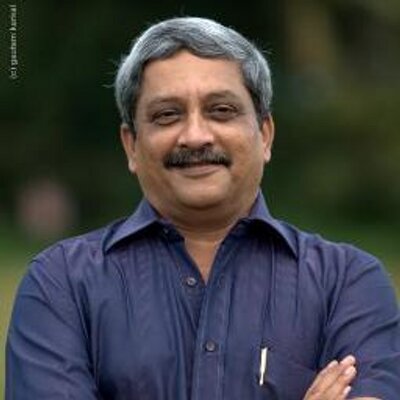 Prime Minister Narandra Modi is all set to reorganise his cabinet, most probably on Sunday. As the words doing round Manohar Parikar is the hottest name to be in the new cabinet with the defence minister berth. There are quite a few other names too in the air to make it to the cabinet.

An official statement from the government to confirm the speculation of the cabinet jig is yet to come however there are enough conspicuous developments taking place in Delhi in this direction. Prime Minister Narendra Modi had called on the President Pranab Mukharjee yesterday. Goa chief Minister Manohar Parikar too had met BJP President Amit Shaha in Delhi and the subsequent statement from his side is a near confirmation of his Delhi migration. “The party has indicated to me that if such assignment (cabinet minister) comes you should accept it”, Mr Parikar reveled after returning from Delhi.

As the speculation goes some 6 to 10 new faces would be added in the cabinet, some major and minor reshuffles in the portfolio of the ministers may be worked out. Some ministers may get upgraded in their rank. But the major work would be done in the area where ministers are loaded with multiple responsibilities.

Arun jaitely at present is having two heavy ministries, finance and defence with him. Manohar Parikar may be the candidate to take up the the defence ministry from jaitely. Similarly Nitin Gadkari who is looking after 5 portfolios may be relieved of one or two ministries. Prakash Javdekar, Rabi Sankar Prasad, Piyush Goel, Venkiah Naidu and Nirmala Sitharaman are other ministers who hold more than one portfolio to divest.

See also  Rohit’s opening berth is confirmed but his partner is yet not final.

BJP Vice President Muktar Abbas Naqvi may be inducted in the cabinet as the Muslim Face. Yaswant Sinha’s son Jayant Sinha may be given a ministerial berth as a part of poll strategy for the election bound state Jharkhand.
The resented partner Shiv Sena has put a demand for one more cabinet berth in the center. Given the ongoing political drama in Maharashtra negotiations in Delhi is going to be interesting to watch.