India and Pakistan forces are engaged in exchange of firing along the border in Jammu and Kashmir region. As per the report from the Defence Ministry the fresh firing has started in the afternoon on Tuesday; however there is no report of any causality in Indian side in the clash but there is an atmosphere of fear among the residents in the region forcing thousands of them to flee home.

Since the first day of this month there have been numbers of armistice break from the Pakistani side. Even the day of Eid ul Juha witnessed firing and shelling by The Paramilitary Pakistan Troops those Killed 5 persons, all civilians and left 29 injured in the Arnia Town.

India has sent a strong message to Pakistan to stop the unprovoked firing.” The environment has changed” said the Unioin Home Minister Tajnath Singh as an insinuation that the new government would not allow its neighbor go away with such violations. The union Defence Minister Arun jaitley has warned that the Indian army and paramilitary forces are fully ready to counter such provocations. And cautioned “Pakistan must realise that the kind of environment it is generating between the two countries is certainly not going to help in normalising relations.”

But Pakistan doesn’t seem to have any care for such exceptions taken by India as the Pakistani troops are still engaged in cross border firing.

See also  NIRBHAYA RAPE AND MURDER CASE: DEATH WARRANT COMES AGAINST 4 RAPISTS; 22 JANUARY 7 AM FIXED FOR THE HANGING IN TIHAR. 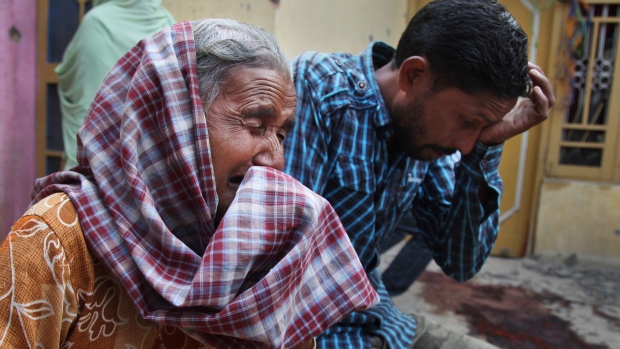 Modi government’s policy for Pakistan begins with the invitation to Pak Premier Nawaz Sharief on the occasion of Modi’s coronation and that was followed by exchange of cordial gestures between the two to stimulate a hope for creation of an environment normalizing the relation between the two Asian rivals. But within two months all those came out to be an illusion. The ceasefire agreement between the two countries faced dishonor that led two cancellation of the secretary level meeting. Then Narendra Modi preferred not to talk with his Pakistani counterpart during his visit to America for the UN summit meeting.
A deal of ceasefire between the two Asian rivals was made in 2003. And this violation of truce is seen as a reflection of frustration of Pakistan in the wake of the growing status of India in the global arena.