The government of India on Wednesday has increased the Minimum Support (MSP) of paddy by Rs 200 to make it Rs 1750 per quintal for the 2018-19 season. Besides fourteen stipuleted pulses experienced upward revision in their respective MSP, a step that the government claims is in complinace with its promise of providing 150 percent of the cost of production to the farmers.

The union government in its budget proposal for 2018-19 had promised to double the farmers’ income by 2022.

As per the government release on the decision of Cabinet Committee on Economic Afffairs on Wednesday, “the Budget for 2018-19 had indicated that a paradigm shift in the agricultural policies is needed to achieve the objective of doubling farmers’ income by 2022 through greater emphasis on generating higher incomes of farmers.”

Amongst cereals and nutri cereals, in terms of absolute increase, MSP of paddy (common) has been raised by Rs 200 per quintal, jowar (hybrid) by Rs 730 per quintal and ragi by Rs 997 per quintal. 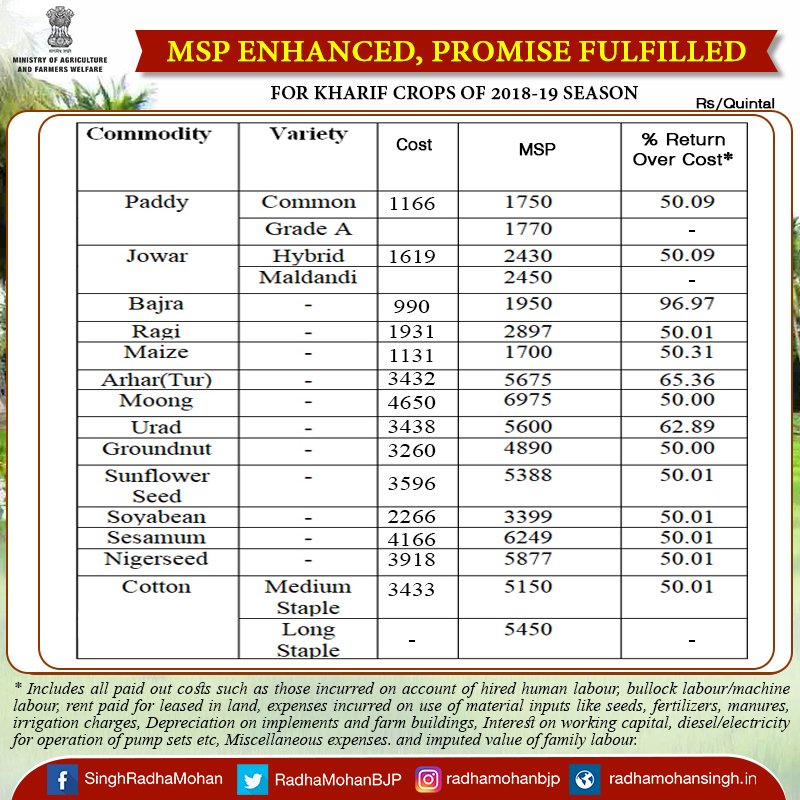