BHUBANESWAR:To carry forward the mission Gadapalasuni College on 25 September has organised its second Blood donation Camp in the College premises with active participation and support of college staff, students.

Inaugurating the camp pradeep Kunar Samal the local sarpanch said, “Being human we should see that none of our fellow men die only because he could not get the blood when he needed it” he appreciated the initiative of the college for the noble cause and wished it set an inspiring condition in the region that will attract others to be part of the mission.

“We have organized the camp last year and this is our second camp” said Tarakeswar Sahoo the principal of Gadpaasuni College. He said,”it is heartening to see that there are many in this region here that has come forward to donate blood an act that is generally seen as taboo in such backward areas.”

According to the Organising Committee Hundred units of blood were collected from this camp. 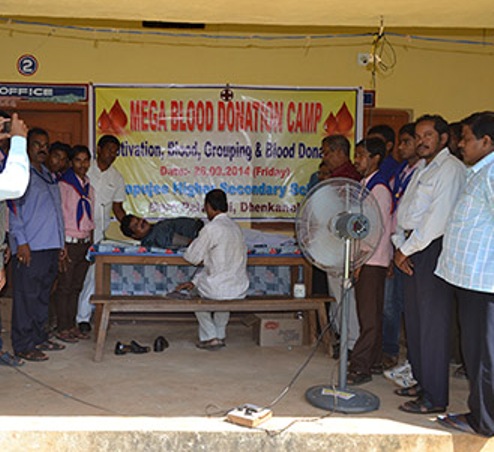 Local youths have voluntarily extended their service in the programme.