Gross GST collection in September is Rs 91916 crore-the lowest in 9 months. This September collection is also less than that of September last year. In September 2018, GST contribution to state coffer was Rs 94442 crore.  As far as month wise comparison with the previous year is concerned, GST performed lowly first time in September. 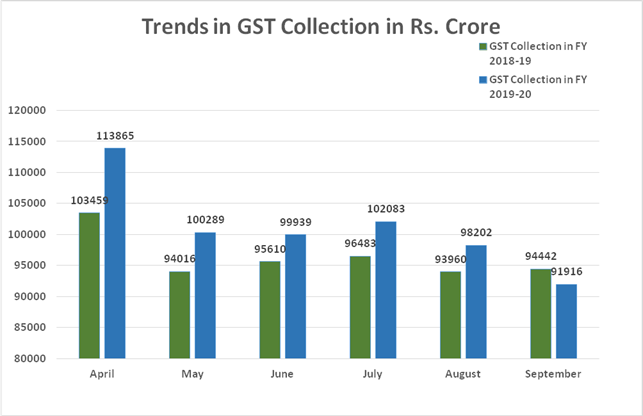 See also  India and Japan joins hand to work for reforming the LNG market for fair pricing and no destination clause for the importers.