(CNN) — Kurdish and Iraqi armed forces made gains against ISIS fighters in northeastern Iraq on Friday, taking back several villages as they surrounded the large ISIS-held town of Jalawla, a spokesman for Kurdish forces said.

And the U.S. military said its aircraft continued attacking ISIS forces Friday near Mosul Dam, where Iraqi forces are expanding control of the area after retaking the dam this month. 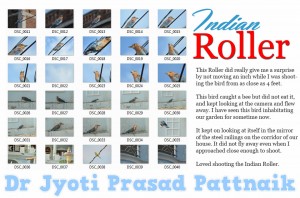 Those are some of the latest developments in the push by Iraqi and Kurdish forces — in some cases boosted by U.S. air support and airstrikes since August 8 — to push back the extremist Sunni Muslim militant group, which calls itself the Islamic State and controls large swaths of northern Iraq and eastern Syria.

The reported gains come as high-level defense officials are leaving the door open to the possibility of targeting ISIS fighters in Syria as well as in Iraq.

“Can they be defeated without addressing that part of the organization that resides in Syria? The answer is no,” Dempsey said during the briefing at the Pentagon.

Repeatedly pressed by reporters about whether that meant operations against ISIS in Syria, Hagel said, “We’re looking at all options.”

Push toward Jalawla and Tikrit

Kurdish forces, known as the Peshmerga, and Iraqi commandos inflicted heavy losses against ISIS on Friday as they took back a number of towns and villages around Jalawla in Diyala province, Pershmerga spokesman Brig. Gen. Halgord Hikmat told CNN.

Jalawla, a mostly Kurdish town of about 50,000 people roughly 70 miles northeast of Baghdad, was taken by ISIS earlier this year. Kurdish and Iraqi forces now surround it, Hikmat said.

ISIS, through one of its official Twitter accounts, said Friday that more than 50 of its fighters were killed while defending Jalwala “against the Peshmerga mercenaries.”

Hikmat said Peshmerga and Iraqi forces had U.S. air support, but did not elaborate.

This came a day after ISIS posted pictures to the Internet showing what it said was ongoing fighting in the ISIS-held town between its fighters and the Al Jubouri tribe, a Sunni Muslim tribe that rose up against the occupiers.

Also Friday, Iraqi fighters in that same province took another step in their attempt to surround the ISIS-held city of Tikrit, the birthplace of former Iraqi ruler Saddam Hussein, Iraqi security sources said.

Iraqi security forces secured a road that extends from a military base that it holds — formerly known as Camp Speicher — north of Tikrit, killing several ISIS fighters in the process, security forces said.

Iraqi forces took that base back from ISIS only last month, and ISIS has attacked it since then. Gaining the road would help relieve the attacks and perhaps help the Iraqis, who also hold a university north of the city, eventually stage an attack on ISIS in Tikrit.

See also  India again takes down Pakistan in the second reply on the UNGA floor.

“The strikes destroyed two (ISIS) armed vehicles and a machine gun emplacement that was firing on Iraqi forces,” the Pentagon said in a news release.

Since August 8, the U.S. military has carried out 93 airstrikes, 60 of them in support of Iraqi forces near the Mosul Dam, according to the Defense Department.

Gunmen shot and killed65 people and injured 17 others in a Sunni Muslim mosque during Friday prayers in Iraq’s Diyala province northeast of Baghdad, police officials in the province said.

Bani Weis is about 75 kilometers northeast of the provincial capital, Baquba.

It wasn’t immediately clear who was behind the attack. Both Sunni militants and Shiite Muslim militias have been active in the province.

CNN’s Jomana Karadsheh contributed to this report from Baghdad, and Jason Hanna and Hamdi Alkhshali reported and wrote from Atlanta.