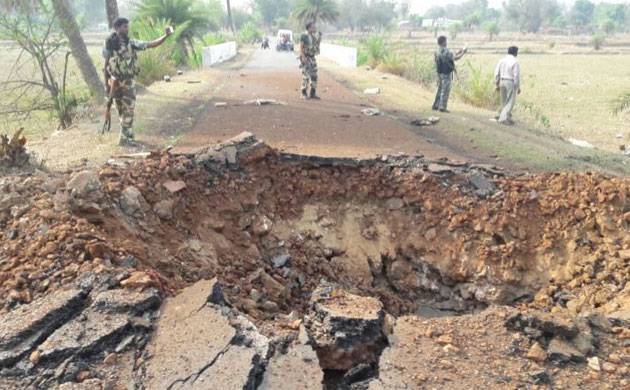 Seven police men were killed in a landmine blast in the mao-infested district Koraput in Odisha on Wednesday.  The incident that is strongly suspected to be a maoist’s perpetration has left five others injured critically.

As per the police statement a van carrying 13 police personnel on board was on its way to Cuttack when it  met with the explosion on NH-23 near Mungabhumi village under Patangi Police Station at about 4O’clock in the afternoon. Four persons have died on the spot while three succumbed to the injuries in the hospital.

The explosion was so massive that it has left a crater of about 8ft deep on the spot.

The injured persons have been lited to hospitals in koraput and Visakhapatnam. The dead bodies have been taken to the Koraput police ground.

Odisha Chief Minister Naveen Pattnaik has condemned the act that he has termed as “cowardice”.

This violent expression of the ultra leftists during the run up to the panchayat elections has posted a challenge for the poll operators.

See also  Mangalyaan.India Made It A Historic First Attempt Success