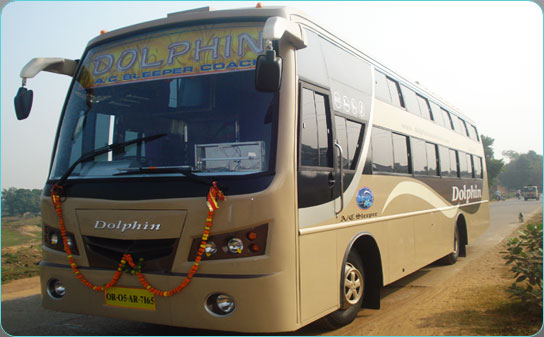 BHUBANESWAR: So, here on Wednesday came the reduction in bus fare nearly after two weeks of the diesel price fell substantially. The reduction obviously is not up to public expectation but the question inducing point is the traced disharmony in the pattern of upward revision and downward revisions of bus fares.

On Wednesday the state transport Minister Ramesh Majhi presented the new rate of bus fare to be effected immediately. There is a cut of one paisa per Km in the fare of passenger and express buses and for the AC and deluxe buses it is a relief of only 2 paisa per Km for a commuter.

The nominal reduction in the fare is of no meaning in practicality is the prevailing view among the commuters. The state unit of BJP has criticized this revision terming it as another sign of the anti- poor mind set of the state government.
The party has demanded more cut in the fare.” It should be at least 2 paisa for the passenger and express buses and 3 and 3.5 paisa minimum for the AC and deluxe buses respectively” demanded BJP through a press release.

“The state government has increased the bus fare on September1, by 5 paisa, 7 paisa and 8 paisa for the different segments of buses calculating the hike of Rs 7.22 in the diesel price in a year time till September. As their government in the centre has brought the diesel price down by Rs 3.75 its benefit should go to the commuter accordingly.” Said Samir Mohanty the party spokes man.