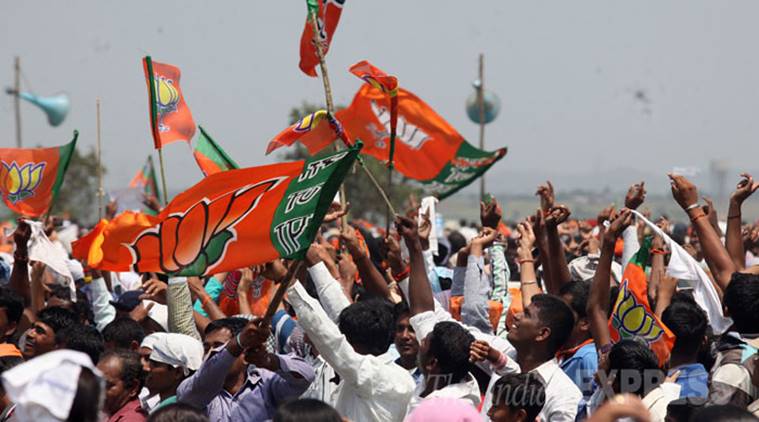 Bharatiya Janata Party (BJP) is emerging to surprise poll pundits through its performance in the first round of the Panchayat Elections in Odisha today though the ruling BJD is leading the race. Congress after the first round is in miserable position.

Out of the 188 jilla parishad zones put in stake BJP has claimed 71 zones. BJD has won 103 zones and just 11 in congress’ account.

When polling concluded today in the first round of the three- tier Panchayat elections in Odisha the exercise witnessed 71 percent voters’ participation to reflect significant spurt in the electoral enthusiasm in the rural constituencies. In Sonpur 84.3 percent of the voters cast their vote to make place at the top of the list. Jagatsingpur stood second with 84 percent after the first phase polling.

Out of 29 districts 17 districts witnessed above 70 percent voters’ turnout for the event.

Polling exercises have gone to extra time in some places

There were reports of sporadic poll related violence in different part of the state yet, for the election officials the exercise passed by and large peacefully.

The maoist elements posed challanges in their pockets but only to be defeated by the peoples’ confidence in the democratic system.  In Korukonda block of Malkangiri, posters and banners of Maoists were found in Somnathpur Panchayat Office, asking people to boycott polls. There was impressive security arrangement in the sensitive areas to let the event go smoothly.

In the Mao-infested district of Malkanagiri 64 percent of the voters came out to cast their vote. In Koraput it was 67 percent.

In the first round 188 zilla parishad zones in 29 districts were placed for voting exercise to find their representatives. 726 candidates were in the fray. Voting for panchayat sarpanch and Samiti member in 1506 panchayats have also been concluded.