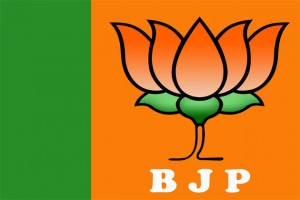 Bhartiya Janata Party has approached the President of India to see the ongoing winter session of the Odisha Legislaative assembly transact business. The house that sat for the winter session on the 20th November has been in a state of virtual paralysis since the day one, “There is a complete democratic deadlock and the Legislature has been paralysed.” to which BJP charges as a deliberate attempt of the ruling party to escape the chit fund attacks in the house.

The BJP legislators led by party President Kanak Vardhan Singhdeo have called on the President Pranab Mukharjee on Saturday evening in the state guest house here in Bhubaneswar and presented a memorandum to seek his intervention in the matter.
In the memorandum the party has prayed before the president “to kindly intervene in the matter and restore not only the dignity of the House but also the Rule of Law and due process of democracy.”

“Ruling Party has been constantly disrupting proceedings from question hour itself every day. To the extent that whenever the Opposition tried to raise the issue (chit fund issue), they were prevented from doing so.” Alleges the party as they complain that not in a single moment the chit fund issue could be raised in the ten days of the session. The party has also accused the speaker of having a partisan attitude and has added “he is operating under the directions from the treasury benches.” as an “agent of the government.”

The chit fund scam has rocked the Naveen’s government of late. with every passing day after the CBI taking up the probe assignment of the case there are coming up a good deal of exposes to make the ruling BJD as a subject for attack from the opposition. A sitting MP and MLA of BJD are now in jail along with some influential persons from media and builders business in connection with the chit fund scam. Quite a few BJD leaders are now under the CBI scanner.

The opposition has braced up to post a good blow on the formidable Naveen government in the house in running winter session on this issue. But since the session began 10 days back the house hardly could sit for any transaction of business.

On Friday speaker Nirnjan Pujari ruled against a debate on the chit fund in the house citing the matter being sub -judice as the cause with the advice of the Advocate General as a reference.

Challenging the direction, BJP in the memorandum has mentioned “The transaction of business of the House is governed only by the Rules and Procedures and not the advice of the Advocate General.”