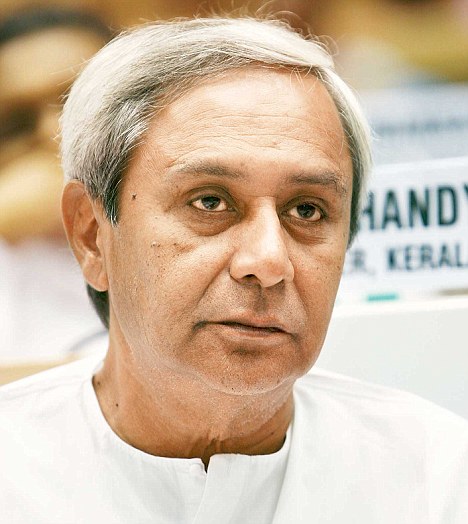 Chief Minister Naveen Pattanaik has urged the center to recognize Odisha’s demand in the railway sector. He has sought the state’s share in the next budget allocation to be Rs 3200 Cr.

Naveen Pattnaik who is in Delhi on a 4 days trip has met Railway Minister Suresh Prabhu on Monday and drew his attention to scores of Railway concerns in Odisha. He urged the Minister “to recognise the poor rail density in the state which is hampering the pace of industrial growth”.

Rail density at 15 Km in the state is far below the national average. Seven tribal dominated backward districts are completely denied of rail coverage .the Chief Minister also rued the fact that Odisha receives a paltry in return from the center even though it contributes Rs14000 Cr annually to the national exchequer.

During the discussion Naveen Pattnaik pointed out the decades old five ongoing projects to be completed in a time bound manner with provisions of adequate fund. He reminded the minister of his state’s consent to contribute in project cost and to provide free land in specific cases.

He made a point that it is economic sense to invest in the mineral rich state Odisha from equity and return stand points.
Naveen Pattnaik flagged in the discussion on the subject of the massive rail service that the congregation of 5 million pilgrims in the upcoming Nabakalebara in puri needed to be catered to with.

He asked Railway Minster that the ongoing projects related to Puri to be completed on priority basis before March 15.The referred projects, include doubling of Khurda-Delanga-Puri line, Third line between Bhubaneswar-Barang, doubling of Cuttack-Barang and Rajathgarh-Barang lines, augmentation of Puri Railway Station, two additional Platforms at Bhubaneswar Railway Station and construction of Yatri Complex at Puri.

The ministry is learnt to have assured that the Puri Navakalebar related ongoing projects would be completed on priority by March 2015.He also assured to develop a mechanism with the partnership of Indian Railway and government of Odisha to ensure adequate fund availability and railway coverage.

Recognising the profitability of the projects and the ongoing projects in Odisha Prabhu said that highest priority would be given to them ensuring adequate budget funding.
Naveen asks the centre to recoginise Odisha’s railway demands