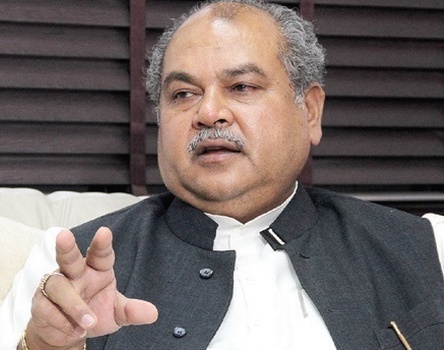 Nalco will soon have the Potangi Bauxite mines, indicated Union Minister for Mines and Steel Narendra Singh Tomar after he met Odisha CM Naveen Pattnaik in the secretariat. He said that Odisha government had already recommended it to the centre.

With the achievement Nalco would exploit the 70MMT bauxite reserve in the Paotangi mines that would encourage the expansion plan of Damanjodi unit of the Navaratna CPSU.

Mr. Tomar has been in Odisha on a two-day visit since 7 January. During his stay he attended the 36th anniversary celebration of Nalco on the first day before heleft for Angul for his other engagements next day.

He asked Odisha government to expedite auction process of mineral blocks in the state as he added that mining sector that provides maximum employment in Odisha after agriculture should be optimally exploited. Thirty five blocks in the country would be leased out in January and February as per the MMDR amendment act, said the minister.

There is provision in the New MMDR act to establish District Mineral Foundation (DMF) in every mining district to address the local grievances. Each DMF will have Rs 6000cr to work with. Odisha till date have formed 13 DMFs another 6 are to be formed, said the minister.