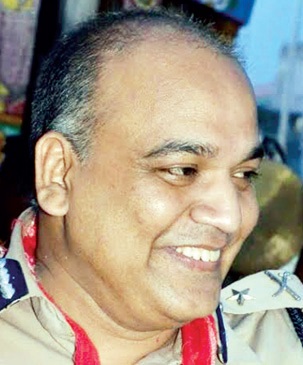 To add this is Soumendra Priyadarshi now. He will take charge of security aspects during Nabakalebar Cart festival starting from 18 July as the Officer on Special Duty, OSD. Sri Priyadarshi, currently the IG operation is the latest rush to the field by the government just 18days ahead of the mega event. State government has issued a notification in this regard on June 29. Recently the government had deployed four ministers in Puri in the Nabakaleabra management works before this move.

The highly publicised Nabakelabr activities are claiming enormous media space for wrong reasons. Till now it has not been a smooth going of the Nabakalebara in its run up. As a result the reputation of Naveen government is in stake before the public. Discrepancies in various rituals of the Nabakalebara have become guest in the political domain. Any more mistakes further may damage the government severely.

Government is well aware of the repercussion. So you can find plethora of ministers and administrators engaged in to ensure smooth completion of the function. Of late four ministers- Law Minister Arun Sahoo, Energy Minister Pranab Prakash Das, Health Minister Atanu Sabyasachi Nayak and Urban Development Minister Puspendra Singdeo, have been deployed in Puri to look after the ongoing works of Nabakalebara. They are sharing working space with Maheshwar Mohanty the local MLA, has been working in the project in the capacity of cabinet minister. Soumendra Pariyadarshi is the inclusion in the administrators’ battery. He has experiences of working in two cart festivals before as the SP of Puri.

See also  Rain in Odisha with low-pressure boost refuse to relent in the next 24 hrs.

The fiasco in Brahma Parivartan subsequent to the other deviations with the age old traditions connecting Nabakalebara has not gone down well with the people of Odisha thus erupted strong reactions all across. Even Gajapati Maharaja has expressed his displeasure over the happenings. He has openly taken the name of the government for the failure. Even the Sanakaracharya has spoken blaming the government.