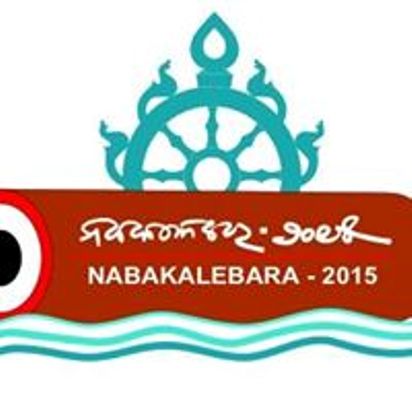 Finally the Sri Jagannath Temple Administration (SJTA) opened its mouth to show teeth. Time will say how deep they can bite but as of now it has warned of “very severe action” against the guilty in the Ghata Parivartan fiasco.

SJTA has sought clarifications from nine persons involved with different assignments in the pious Ghata Parivartan rituals on the 15th of this month that was reduced to the most ignominious event in the history of Jagannath culture. The all important ritual in which the souls from the previous idols are

transplanted in the new ones to mark the Nabakalebara ran well behind the stipulated time so that the new idols got the souls after the ordained time had passed. This has hurt the feelings of crores of Jagannath devotees across the world. And as a few gruesome incidents during the secret rite started surfacing it sparked reactions in different spheres of the society.

“To know what exactly had happened” SJTA chief administrator Suresh Mohapatra said “We have served notices on nine persons, including the four badagrahis, the Deulakaran, Tadaukaran and the three Biswakarma servitors. They will have to explain the inordinate delay in the completion of the Brahma Parivartan ritual.” The person who was responsible for the mess would be established on the basis of written statements from those who were served notice, said Sri Mohapatra. “We will take very severe action against whoever is found responsible.”

But there are many who hold SJTA itself as the prime accuse in this event. Senior BJP leader Bijay Mohapatra said, “how come SJTA the main accused in the case can seek reply from others.” He said that the temple administration couldn’t shed its responsibility on the plea of secret rituals. “Who allowed the unauthorized persons into the Anashara Pinda where the ritual was being performed?” questioned Sri Mohapatra as his party had sought the resignation of Suresh Mohaaptra as the chief the SJTA.

There is strong reaction from the state congress also. PCC president Prasad Harichandan said that the disturbance in the process of Bramha Transfer is the reflection of Anarchy in the state.