As the winter registers 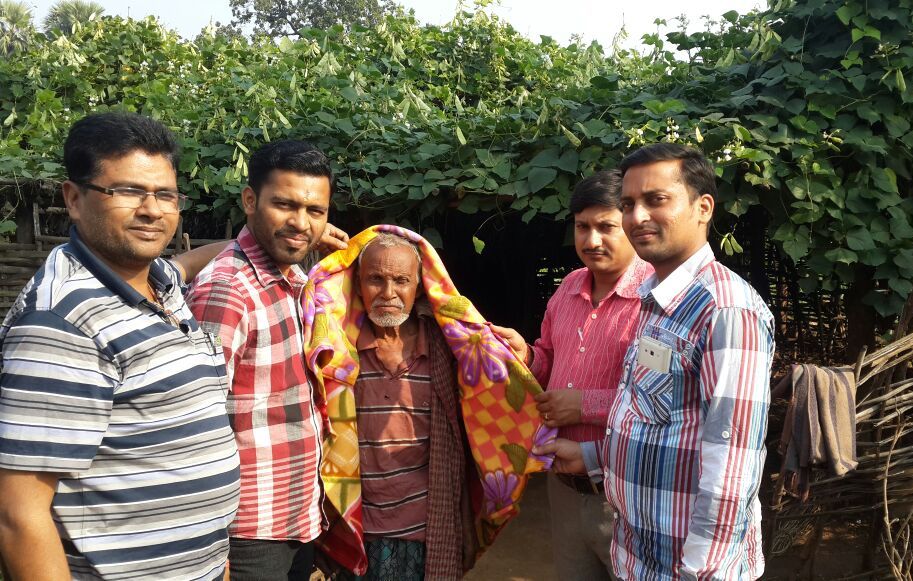 a complete dominance the mercury is struggling at below 10 dgrees in Angul, life is virtually out of order. For the Olds and children it is at the verge of succumb. The poor when pitted against the cutting chill are in a pitiable state. With no winter gear they are absolutely hapless before the winter.

For their rescue the Marwari Yuva Manch has appeared with balnkets to offer on Wednesday. The Manch team under the leadership Sanjeev Mandhotia on that day provided elderly persons with blankets in the villages of Bantala, Tikarpada, Kantaopada,in the Angul Hospital and Angul Railway station.

“We have distributed 120 blankets to the needy people today” said Mandhotia the president of the MYM Angul since 2013. “I personally feel blessed when my resources come to some use for the needy.” The Angul unit of the MYM registered in 1985 has made its recognition as pioneer social organization by virtue of its charity activities.

During the Phailin in 2011 MYM had organized two relief camps in Baripada and Ganjam. “The organization has contributed relief material worth Rs 7 Lacs to the Phailin victims” said Shree Mandhotia as he added that they had organized a mass marriage comprising 112 poor couples in Nuapada.

“Besides”, Mandhotia who has been honoured recently for his philanthropic activities by the Small and Medium news paper organization says, “MYM conducts blood donation camps on regular basis. And the organization MYM also provides dead body carrying and ambulance service to people at a concessional price.”

See also  Naveen’s men no more are easy prey for the opposition.