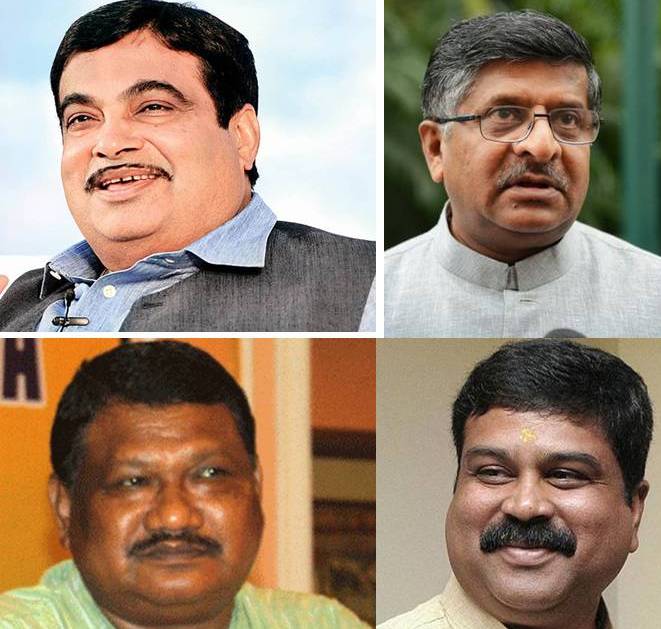 This is turn of BJP now. Four central ministers will be in unveiling functions of several Nabakaleabra related projects in Odisha tomorrow. Odisha Chief Minister had had his share of self projection through an inauguration spree last Saturday.
Union transport and shipping Minister Nitin Gadkari will dedicate the four -lane Bhubaneswar-Puri National Highway to the nation at Pipili. Both the Odia Ministers-tribal development Minister Jual Oram and Petroleum and Natural Gas Minister Dharmendra Pradhan will be with him there. Telecom Minister Ravishankar Prasad will launch the BSNL wi-fi hotspot in Puri under Digital India Project. He accompanied by Dharmendra Pradhan will lay the foundation stone for Baramunda post office at Hotel Mayfair in the morning.

Two Odia Ministers will present at Bhubaneswar International airport on the event of the inaugural international flight from Odisha on July 10.

The Nabkalebara festival for its strong appeal to the religious sentiments of Odisha has attracted too much political particles this time. The run up to the grand festival till now has witnessed a lot of political game.

To begin with there we saw unwarranted presence of BJD ministers in the Nabkalebara affairs. Congress on 25 of the last month staged dawn-to- dusk close in Odisha while BJP in the state took to the street on the wheels on the issue of Brahma transfer blunder.