Congress in Odisha will start afresh to be the number one again in the state. The party, after the two-day cogitation came up with a mantra to re-establish itself on the state political turf. “Organization, Agitation and Cohesion” would be its principle trio that would lead them to their target. The party will apply all its political acumen to bring its traditional supporters, the dalits and tribals back to the its fold. 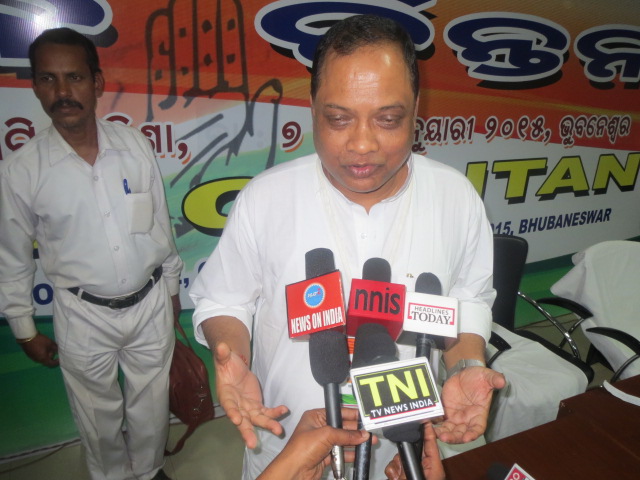 “We all in the party have vowed in unison to bring back the party to number one position in Odisha.” said Prasad Harichandan the newly appointed President of Odisha Pradesh Congress Committee as he added that with having 27 percent of popular vote base in the state, congress is well a power to be reckoned.
The party will reach out to its workers in the panchayat and block level to revamp its organization at the grass root.

Shri Prasad said that there would be three “chintan Baithak” or cogitation sittings in three different places besides the party would conduct seven marches in the state to achieve connection with the mass of Odisha. Congress will wage war against both BJD and BJP, the corrupt and communal duo.

The new president ruled out there being any differences among the party leadership as he said that all the senior leaders were present and shared their views in the programme. However the president showed no compunction to admit that the party at present is a bit out of track. But he rejected BJP’s having any chance in Odisha. “The last general election and the previous panchayat elections has shown where BJP stands against us” said Sri Harichandan. “After the Mahasangram of BJP which turned out to be a Mahamaya the party’s credibility has dropped sharply. The nexus between BJP and BJD is exposed now. Both the parties have made deal on support and protection” He said “people of Odisha have already understood their chicanery.” BJP will no more be able to woo the voters by its hollow claims of developments.