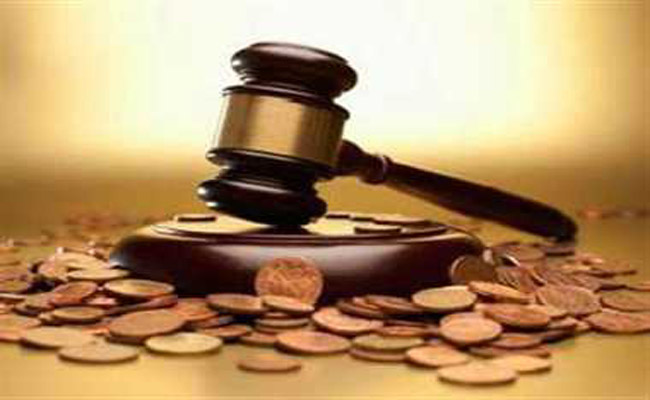 the arrested MP Ramchandra Hansda trigger conspiracy button as CBI was allowed to take the BJD MP and his two co-arrests on a 6 days remand for further interrogation today. The premier investigating agency had deposed MP Ramchandra Hansda, Ex-MLAs Subarna Naik and Hitesh Bagarti before the special Chief Judicial Magistrate Court and had sought the court’s grant to take them on remand.

Yesterday CBI had arrested these three politicians on chit fund related charges. They have charges of criminal conspiracy, cheating and diversion of fund on them. However Hansda had refuted the charges and had termed the arrests as a part of “larger conspiracy” to malign his party’s image. . Hitesh Bagarti too had denied the charge on him.

But the arrested politicians don’t find any of their leaders standing by them. Hansda and Naik met suspension from BJD immediately after their arrest as it was with Pravat Tripathy, arrested 4 days before. Their chief Naveen Pattnaik isolated them saying it was their own affair and the party cannot be blamed in this case. Though BJP had not officially suspended its Ex-MLA Bagarti the party has pushed him to untouchability.
Political elements in Odisha have got excited after the CBI operation touched BJD’s domain. And BJP has upped its attack on the ruling party labeling it as the patron of corruptions in the state while Congress envisages more BJD leaders behind the bar in the time to come. An MP, an MLA , an Ex-MLA of the ruling BJD including the Ex- Advocate general till now have been arrested on corruption charges
The central investigating agency since landed in the state with the assignment to probe into the multi-crore financial fraud has tick marked 44 firms for investigations and till date has lifted 14 persons on corruption charges for jail following series of raids and interrogations.
The situation is feared to gain more temperature in the time to come as the CBI goes on picking other firms such as Seashore for analysis.
A massive monetary crime roughly of 20 thousand crore Rupees came to light in Odisha in 2011 as cases of gullible people being duped by financial firms surfaced one after another all across the state. As the scam generated anger in the society and attracted political stirs the state government assigned Crime Branch to investigate into the case and subsequently became subject of criticism for the agency’s failure to make any significant headway in its assignment.
CBI got entry into the case in Odisha in the process of its conducting investigation into similar chit fund case in West Bengal with the Supreme Court’s order.