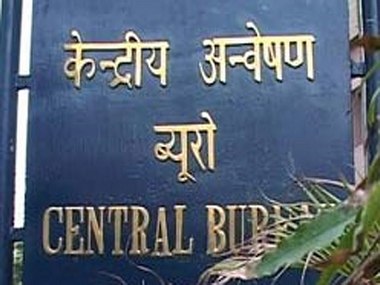 BHUBANESWAR, NOV 4: CBI on Tuesday arrested BJD MP Ramchandra Hansda along with two other MLAs in connection with monetary fraud through chit fund operation in Odisha. This is seen as the biggest catch of the CBI in 4 days after it lifted Pravat Tripathy another BJD influential leader last week.

According to a statement released CBI “Ramchandra Hansdah (BJD MP), Hitesh Kumar Bagartti (ex-MLA, BJP) and Subarna Naik (ex-MLA, BJD) have been arrested by CBI SIT in connection with the Nabadiganta group case in the Odisha chit fund cases on allegations of criminal conspiracy, cheating and diversion of funds,”

The arrested leaders happened to be in the post of director of Nabdiganta Capital Finance Service, one among the 44 chit fund organization under CBI scanner.

With today’s arrest catches in the CBI net reached 17 in its three months of investigation in Odisha. It is 4 from politics with three being from the ruling BJD. “By the investigation is complete the jail would be filled up with political leaders.” remarked BJP leader Suresh Pujari. The media manager of BJP preferred the generalised phrase ‘political leader’ in his statement supposed to be an indication that involvement of politicians in the Rs 20.000 cr chit fund scam does not have party boundary. Hitesh Bagarti one among the three nabbed today belongs to BJP.

The arrest has caused further damage to the eroding reputation of the Ruling BJD in Odisha. However the party has suspended Hansda and Naik with a dittoed statement “The arrests of party members will not have any impact on the BJD’s image because everybody knows chief minister Naveen Patnaik’s stand on corruption,” in the same way it had done in the event of Pravat Tripathy’s arrest.
CBI had grilled Hansda, Naik and Bagarti before the arrest on 26th of the last month prior to which it had conducted raid on their houses and had seized evidences to proceed with that led to this arrest today.

See also  PATKURA BY- ELECTION: BJD WINS BY A SIGNIFICANT MARGIN OF 17 THOUSAND