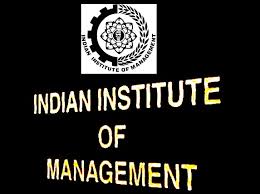 After the government of Odisha selected 3 locations in Bhubaneswar and its adjacent to recommend for the permanent campus of IIM there appeared public resentment in different parts of the state. The forum for IIM staged 12 hours bandh in Berhampur on Friday, a forum in jharsuguda also grinded the western Odisha city to halt staking its claim for the premier B-School. People’s forum for IIM in sambalpur too had conducted a dawn to dusk shutdown earlier this month.

As the IIM issue is gathering heat BJP senior leader Suresh Pujari from the western Odisha has questioned the state government’s impartiality while picking up locations for the IIM. He has asked the state government to write to the government of India for relaxation in the stipulated criteria for establishment of IIM if it really wants to establish the proposed IIM in Sambalpur.

As many as 12 locations in six districts- Sundergarh, Sambalpur, Khordha, Cuttack, Koraput and Ganjam had been identified for the IIM campus in Odisha before the government on the 7th of this month finally went for the Capital city to base the prestigious business institute.

According to the government’s clarification, all the locations but Bhubaneswar met disqualification to base the IIM on the criteria of railway and flight connectivity.
“The minutes clearly states that the site should be located within an hour distance from the airport and is well connected by superfast and express trains,” said BJD spokesman Sanjay Dasburma as he defended his government’s pick of Bhubaneswar as the permanent address of the proposed IIM.

But the aspirants of the IIM in the western and south Odisha are too reluctant to buy the theory as they have threatened to carry on their agitation for the IIM. However it has been found that the activists from the ruling BJD had separated themselves from the agitations though they were well with it initially.

Earlier Sambalpur MLA Raseswari Panigrahi was pitching high for the IIM in his constituency but
For obvious political reasons she questioned the justification of the call for Sambalpur Bandh for IIM.

Finance Minister Arun Jaitley during his maiden budget speech in July had sanctioned 5 IIMs for the country of which Odisha got one. After the center asked Odisha government to identify locations for the institution with stipulated criteria, the later got 12 proposals for the long standing aspiration of the people of Odisha.