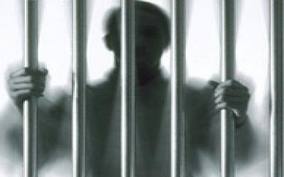 A retired special secretary of Odisha government was sentenced 2 yrs and 9 month of rigorous imprisonment along with a fine of Rs3.03lacs after the special vigilance court found him guilty of amassing assets not in compliance with his known source of income.
The convicted Adwaita Prasad Sahoo was found to have accumulated disproportionate assets worth Rs 33 lacs during a raid on his addresses by state vigilance in 2006. At that time he was in the post of Additional Commissioner, Commercial Tax. Sahoo had retired as the Financial Advisor-cum- Special Secretary in the Higher education.

The judge of the special vigilance court, Bibhu Prasad Routray awrding the sentence ordered that in case of failing to pay to the fine Sahoo would undergo another 4 months of RI.