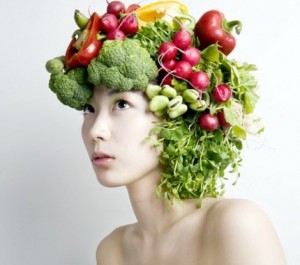 “Tell me what you eat. I will tell you what you are.” For those who advocate a diet-behavior relation, it certainly is a powerful phrase to quote. Now if you say you eat chowmin a Khapian may jump to tag you as rapist. Recently a Bihar Minister came out with a statement that Non-Veg food tempts one to commit sexual crime. It is nearly impossible to escape with such a statement in a country like ours where Non-Veg are the darling among the foods for majority of the people here. And if the source of the remark happens to be a politician then there is a possible big crowd of sounds to get the substance present in such statements lost. Yet there are research based remarks to support the theory that food has influence on one’s behavior.
Several studies have found that how the brain feels and behaves is mostly dependent on the nutrient it gets from the dietary intake. An individual with a healthy dietary habit is less likely to be aggressive and criminally inclined than the one who takes food with low nutrition content. If a junk food fonder has developed a destructive behavior then there may be this science endorsed point that his food habit and behavior is linked. Too much of fatty food in the stomach demands a lot of work to be digested thereby leaving the body tired and cutting the energy supply short to the brain. Thus brain’s normal function is disturbed. For the brain to feel energetic so to think and behave well it needs a good supply energy of which sugar is the fundamental base. Thiamine presence increases the feeling of wellbeing and sociability in the brain. Cereals, grains and cauliflower are rich source of thiamine.
Dopamine, a neurochemical has an adding effect of aggression in an individual’s behavior. But serotonin another neurochemical does the opposite, it decreases aggression. Like the neurochemicals hormones too induces criminality in a person’s behavior. In sexual crime the perpetrator may have got the prompting from the testosterone the male Hormone. Testosterone is responsible for sexual aggression in a person’s behavior. But Cortisol produced in the adrenal gland is termed as the feel-good hormone. But it must be kept in mind that whether dopamine or testosterone they are not all demons and others are angels. It is the matter of balance of all for the overall wellbeing of mind.
Yet criminality in a person can’t be purely attributed to the chemical bug in the brain that get stimulated by the foods he intakes. There are other peripheral factors to have roles to play in this connection.