Modi government may be boasting for its ambitious project, Clean Ganga but the Supreme Court is not convinced with the way it is going with the action plan. Taking a dig at the central government’s response to which it termed as “bureaucratic” the apex court said “With this action plan the Ganga can’t be cleaned even after 200 years.”
While doing the hearing in this connection a bench of Justice T.S Thakur and Justice R.Banumathi directed the government to come with a “stage-wise plan” to clean the Ganga for “restoring its pristine glory.” At least for the next generation as the bench observed, “we don’t know if it can happen in our generation”
On the affidavit filed by the Ministry of Water Resource, River development and Ganga rejuvenation the court said “you have given a bureaucratic type of explanation” to the Solicitor General and ask him rather make a power point presentation of the plan they are going to proceed with so that a lay man can understand. Not the “The vision plan, artistic view it will take 200 years to be implemented.” 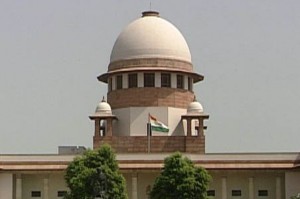 The court wanted to know what the government is doing to clean the Gnaga from Gangotri to Harridwar the environmentally sensitive stretch of the 2550 Km long holy river.
The government, in the affidavit had reassured its commitment to make the Ganga clean. Maintaining the ecological flow and restoring ecological sanctity has been picked by the government as the thrust areas to work on. Abating and mitigating the various types of pollutants in the river,creating awareness on the conservation of the river and ensuring public participation in the process of “rejuvenation to the river ganga” to which the government said it “accord a status of national priority to rejuvenation of the river Ganga.” This will be achieved through “suitable strategies and action points in thrust areas.”