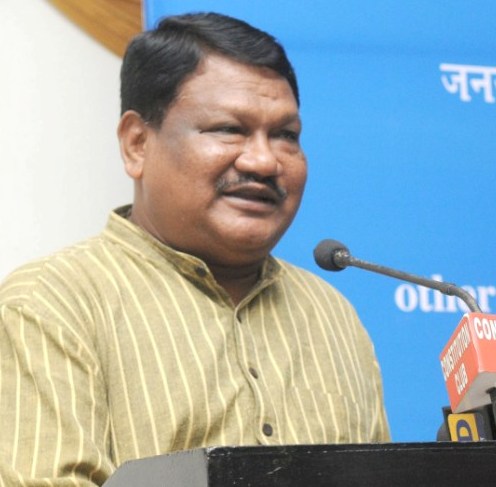 Centre on Tuesday launched Vanabandhu Kalyan Yojana (VKY), a tribal welfare scheme that will work for placing the tribals on the mainstream of development on par with the other sections of the society.

Union Tribal Minister Jual Oram launched the programme on the occasion of the meeting of the Tribal Ministers of states/UT on October28 in Delhi. The Minister on the occasion said “the scheme will bridge the infrastructural gap and the gap of human indices between the scheduled tribes and the other sections in the society” as he added that his Ministry has taken up initiatives for strengthening of existing institutions meant for delivery of goods and services to tribal people i.e Integrated Tribal Development Agencies /Integrated Development Project and creation of new ones wherever necessary.

The programme has been launched on the pilot basis in one block each of the selected states – of AP, MP, HP, Telangana, Orissa, Jharkhand, Chattisgarh, Rajasthan, Maharashtra and Gujarat Preferably having good concentration of tribal population. Centre will provide Rs 10 cr to the targeted block under the scheme. Blocks having tribal population of 33% would be picked first for implementation of the scheme in.

On other welfare concerns of the tribals he referred to the situation where traders control the price of the Minor forest Produce (MFP) outside the self sustained process of demand and supply. His ministry has taken note of the situation, said jual Oram as he added that a scheme has been implemented to ensure that forest dwellers dues would be protected.

The tribal Minister informed the meeting that a proposal to establish a National Research Centre in the Tribal Research Institute, Bhubansehwar. The centre will work to promote research activities on subjects/issues for socio-economic development and culture of States.

Shri Oram also informed the meeting that in-principle approval for recognizing the Vishva Bharati, Shanti Niketan as the other centre of excellence in the field of Tribal language and literature has been given