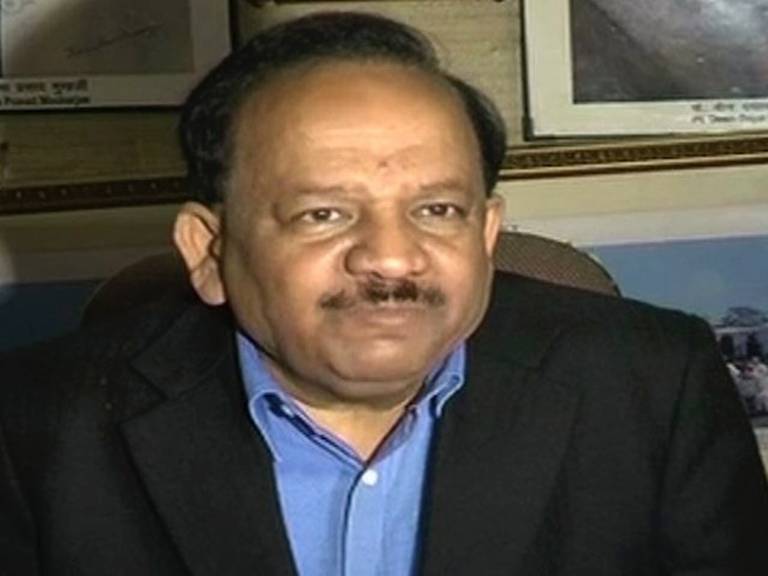 Monsoon prediction for this year is not promising. Rainfall for the country as a whole will be 88% of the long range average to mark a failure for the successive second year. Union minister for earth science Harsh Vardhan released the report on Tuesday after he dedicated the country’s high performance computing (HPC) facility- Bhaskar at the National Center For Medium Range Weather Forecasting in Noida. Monsoon will hit Kerala on June 5, He said the reporters there.

Harsh Vardhan a student of science said that the ongoing Heat wave and the back to back deficient in monsoon are phenomenon of weather change. And the this can’t be ignored he warned.
Dr. Harsh Vardhan said that -“World leaders are already speaking out on the link between freaky weather and climate change. So, let us not fool ourselves that there is no connection between the unusual number of deaths from the ongoing heat wave and the certainty of another failed monsoon,”. He recalled President Obama’s candid statement on the three-year-running drought in California which has ruined that state’s fruit crop. The British Prime Minister, James Cameron, has similarly commented on the floods experienced in his country in 2014.

Dr Harsh Vardhan said, “I am a man of science and cannot be blind to the fact that both the south-west and north-east monsoons failed in 2014. For 2015, today the IMD’s prediction of an overall 93 percent probability of a weak monsoon is a worrying cause for all of us. The onset has been delayed by a week already and there is no certainty on when the ideal parameters will be in place for the monsoon to arrive.”

He pointed out that the Indian monsoon is known to be heavily dependent on oceanic, atmospheric and land surface conditions. The drastic changes brought about through change of the character of land and resultant atmospheric pollution are definitely influencing the monsoon.

The Ministry of Earth Sciences has acquired cutting edge capacity for predicting monsoons. Recently a polar remotely operated vehicle (PROV) was put to work in the glaciers of northern Antarctica as it is acknowledged that through the reading of currents there it is possible to understand the south-west monsoon better.

“Bhaskara”, which is housed in the National Centre for Medium Range Forecasting (NCMRWF), is a part of the Earth System Science Organisation of the Ministry of Earth Sciences. It will considerably enhance prediction capabilities like tropical cyclones, heavy rainfall events, cloud burst events and monsoon, using very high resolution regional models.

While pointing out that global agencies have predicted that drought conditions might grip especially the western states Dr. Harsh Vardhan said that the government is seized of the situation and is putting in place adequate measures.

“I am aware that the reliability of weather forecasting is gradually improving now. However, in coming years it will improve further with development of new technologies and its effective use. The increased uncertainty associated with the prediction is in itself a sign of climate change,” the Minister admitted.

“Bhaskara” shall also boost the computing requirements of all ESSO institutions. The present augmentation shall enable ESSO-NCMRWF to provide very high resolution 10 days deterministic weather forecasts and probabilistic forecasts from a 44 member ensemble prediction system within the generally accepted time window of about 5 hours from the standard observation time.