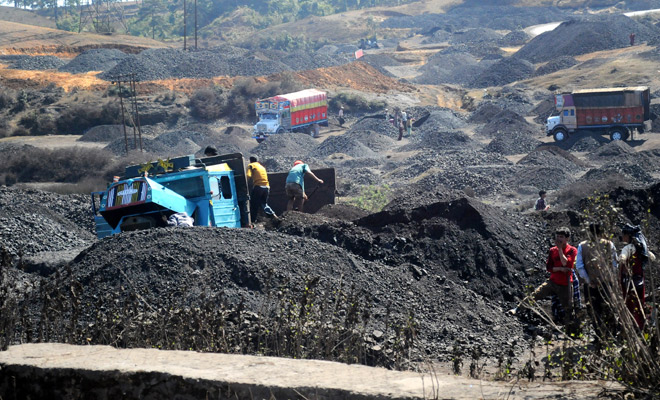 The court, on Friday, reserved the order on the coal block allocation case leaving the anxiety on coal and power sector alive for some more days. However the center has made up its mind to get the slate clean in this matter as it favored cancellation of the coal block allocations those were termed illegal by the Supreme Court on August 25.
In sum and substance, cancellation of the coal block allocation is a natural consequence, said the center. Through an affidavit before the apex court secretary in the ministry of coal Akhouri Sanjay Sahay said,”Center has no objection to the cancellation of allocations declared illegal by the court.” As mark of change in stance the center did not even press for the 46 functional or soon to be operational mines.
A three member bench in the Supreme Court on its August 25 judgment has termed allocations of 218 coal mines illegal on its found basis of arbitrariness and lack of transparency in the process of allocations during 1993 and 2010.
Of the 218 mines in question 40 are in functional state and 6 mines are to start production soon. They, as the coal ministry says, will produce coal of 50 million tons next year thus the center had advocated last week for retention of their allocation on this ground. But this advocacy was not here in its affidavit submitted on Monday. 80 blocks have been deallocated by the Centre through inter ministerial group (IMG) / intra ministerial review committee.
As per the Supreme Court estimation total investment in the 218 mines can sum up to 2 Lac Crore, dealocation of the mines will leave the sum in jeopardy. but the central government is readying itself to reallocate the mines “Centre would like the process of reallocation of the blocks to start as soon as possible in a transparent manner “ the coal ministry stated in the affidavit “in view of the looming power crisis”
Coal ministry has set a target of 1 billion coal production a year by 2019.